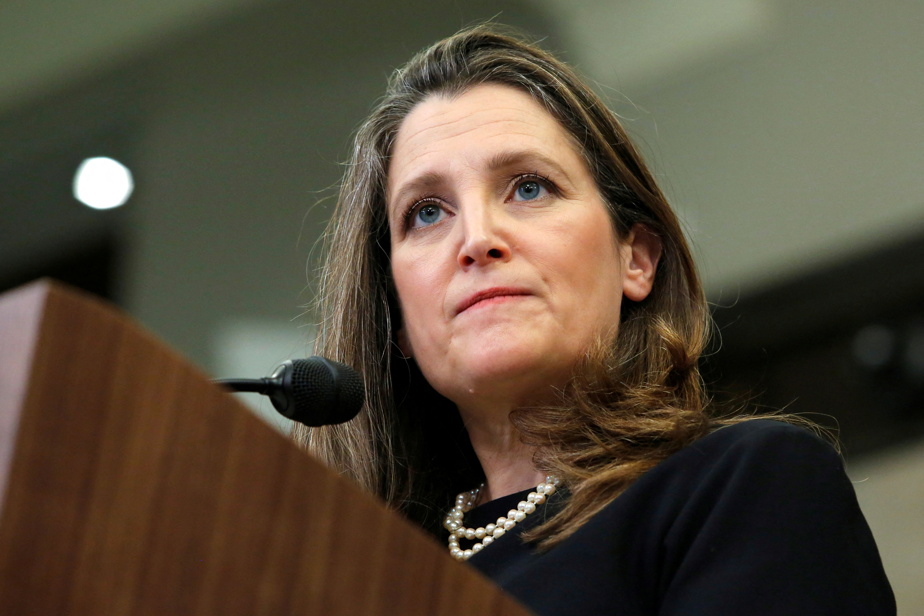 (OTTAWA) The Liberals voted Wednesday in the Commons in favor of a Conservative motion calling on the government to increase military spending “to reach at least 2% of Canada’s gross domestic product”, the target set for the NATO member countries.

The motion, which did not provide a timetable, was adopted by 303 votes against 27; NDP and Green MPs voted against, Bloc members voted yes.

The Russian invasion of Ukraine has upended global security and created a new budget priority for Liberals: increase military spending, as other NATO allies have done recently.

But the impacts of the war in Ukraine go far beyond just the defense budget, said Elliot Hughes of Summa Strategies, pointing to energy prices, geopolitics and international trade decisions.

“Ukraine has basically, in some ways, taken the government a bit off course and out of schedule in its ability to pull together what I believe is needed. […] a well-thought-out economic growth strategy,” said Hughes, who has previously served as an adviser to Liberal finance and defense ministers.

After two years of pandemic-induced uncertainty, the federal Liberals are preparing to present an updated spending plan in a 2022 budget that everyone agrees has been influenced by rapidly changing circumstances.

The outcome of a tumultuous few weeks is expected to be released on Thursday, but experts note that the uncertainty will not have faded away. High inflation rates could rise further; unemployment is low, but labor shortages are widespread. Housing prices are rising at rates not seen in years. And the war in Ukraine continues to impact the global economy and threaten security.

A former Liberal budget director says the government should be careful how it allocates the billions in planned new spending, with so many pitfalls ahead in the economic road. Robert Asselin, senior vice-president of policy at the Business Council of Canada, says policymakers never know what’s going to happen, and must be careful not to escalate the key issues facing the country.

When Finance Minister Chrystia Freeland outlined the outlines of this year’s budget at the end of January, she spoke of boosting the country’s economic potential, addressing housing access issues, funding the transition to a green economy and to combat high inflation rates.

A few weeks later, in February, inflation rates reached their highest level in three decades, and prices rose again. The cost of living has become a major economic concern for Canadians, although it also has the effect of inflating federal tax revenues.

Yet, Asselin said, federal spending that boosts near-term demand can only add more fuel to the inflationary fire. “Spending that buffer (tax revenue) that the economy brings to them […] would be in my opinion very irresponsible, because then you become less prepared to face the next crisis,” he said.