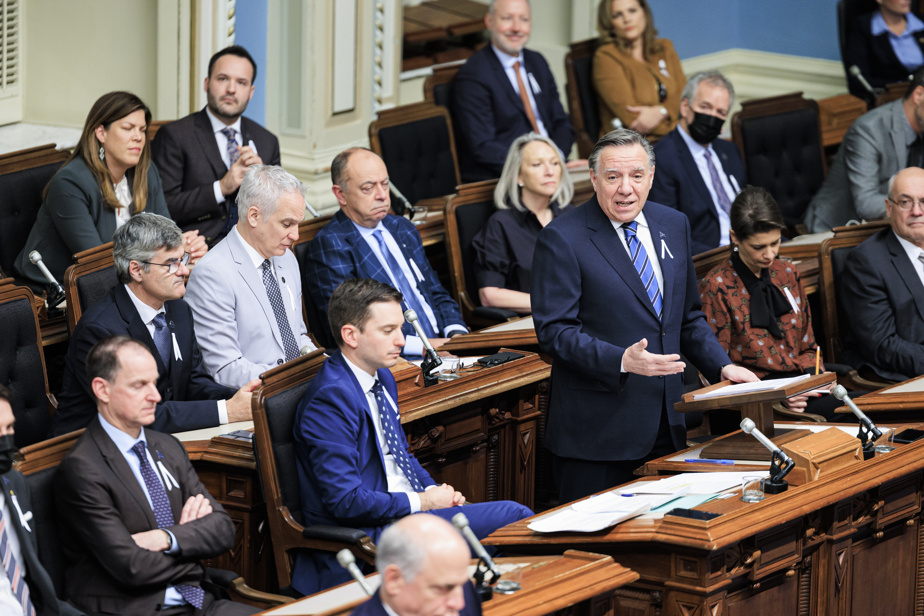 (Quebec) The next year could be fateful for the Legault government.

The Prime Minister having refused to hold his traditional press conference at the end of the session at the National Assembly in December, it was therefore not possible to hear him deliver his results or his outlook for the coming year.

But thorny choices are emerging and the pressure could well increase on his government, after four years in power and now a risk of recession.

Will his popularity rating hold up like Teflon to which nothing sticks or will the wear and tear of power be felt?

As the Prime Minister said in his inaugural speech in November: “Throughout my career, I have always insisted on results. If there was one word I would like to emphasize today, it is “results”. […] We must all work together to obtain concrete results by putting ourselves in solution mode. »

The interim leader of the official opposition, Marc Tanguay, wasted no time in repeating the CAQ’s electoral slogan, “let’s continue”, adding with irony: “let’s continue not to have results. »

Because the pretext or the excuse for the fight against the COVID-19 pandemic no longer holds.

The Minister of Health, Christian Dubé, who formulated and advocated on all platforms the reform of the health network, must quickly solve the perpetual crisis in which he is plunged.

Even at its zenith, a government cannot enjoy the patience and indulgence of voters forever.

Since the end of the 1990s, successive governments have promised Quebecers improvements.

The health and social services mission will siphon off almost $56 billion in 2022-2023, out of Quebec’s total budget of $135 billion, and it is far from certain that the Legault government will reap the additional billions of dollars it is demanding from the federal government to fund this sector.

But the emergencies are still overflowing, the staff is at the end of its rope, the needs are just as glaring. It is enough to observe the catastrophic situation in hospitals over the past few months to be convinced of this.

“It’s not perfect yet, but at least we manage to provide a minimum of service,” summarized Mr. Dubé in a television interview at the beginning of December.

He wants to set up a one-stop shop everywhere for the million Quebecers who still do not have access to a family doctor, even if it was a commitment of the CAQ.

Also, the minister wants to put an end once and for all to the mandatory overtime (TSO) imposed on nurses and so decried.

However, the negotiations in progress in the public sector could harm the ambitions of Christian Dubé, as the usual gap which separates the government’s proposals from the trade union demands is yawning.

Man of confidence of François Legault, Christian Dubé has built over the years an image of model manager, with his reassuring tone, but it will be put to the test.

After nearly three years at the helm of the ministry, the moment of truth will come in 2023: will he be able to get the liner out of the health network where so many others have failed? Or how will Napoleon cross the Niemen without returning unscathed?

Other pitfalls are looming on the economic front and the CAQ government will have to maneuver carefully in these straits to avoid failure.

“We are going through a period of great uncertainty” and the probability of a recession this year is 50%, he continued.

Even if inflation has decelerated, the loss of household purchasing power and the resentment it arouses could damage the government’s image.

He will also have to negotiate a delicate passage from the end of January, the 31st, with the start of consultations on Bill 2, concerning the capping of the increase in electricity prices at 3%.

Companies are protesting because they will not be protected by this cap and in their case, the bill will increase by 6.4% on 1er April 2023, and 4.2% for large companies.

The Canadian Federation of Independent Business has already stepped up and will be participating in the hearings.

The Option consommateurs organization already predicts that companies will pass on these increases to their customers.

Remember that the government was forced to patch up this solution: in its haste to abolish the Régie de l’énergie’s control of rates, it has always argued that an increase based on the consumer price index would be less higher than those set by the Régie… until inflation explodes at the end of the pandemic.

The government also wants to quickly pass its bill that caps the indexation of other rates at a maximum of 3%, whether for childcare services, university tuition fees, registration fees, private or semi-private rooms in hospitals, charging stations for electric vehicles, etc.

It should be added that he is also dangling his commitment to reduce taxes by 1% for the first two tax brackets in 2023.

Eric Girard has also suggested that he wants to undertake a new project, mentioned sporadically in recent years: the revision of the law on debt reduction and the Generations Fund.

Because the government has reached its objectives faster than expected partly thanks to inflation. The target written into the law was a gross debt which corresponds to 45% of the Gross Domestic Product (GDP). However, we should reach 40.4%.

Moreover, the Treasury was able to take advantage of inflation, by garnering 14 billion in additional tax revenue in its financial framework, indicated Eric Girard.

But “the spirit of the law” has not yet been achieved, pleaded the minister, as if to maintain pressure on public finances and limit the increase in expenditure as well as indebtedness.

The “spirit” was the wish made in 2006 to target the average net debt ratio of Canadian provinces, not the gross debt — that is, a net debt/GDP ratio of 31%, whereas the Quebec is still at 38%.

We are still a long way off if Quebec reduces the gap by 0.5% per year, as Mr. Girard suggested.

In addition, the Legault government has telegraphed that it is considering reducing its payments to the Generations Fund. This tool, fed by royalties, dividends, mining revenues, contributions from Hydro-Québec and interest, is used specifically to reduce the debt. This could therefore slow down the repayment of the debt.

The “earmarked revenue” paid annually to the fund will reach $5.2 billion in 2027, but the minister hinted that payments to the fund could be capped at $3 billion — convenient, since the other $2 billion would be available to the government, even if this hinders the achievement of the debt reduction objective.

Consultations should therefore in all likelihood be undertaken to agree on new debt reduction targets and discuss the Generations Fund.

In a context where massive reinvestments are demanded in public services, what is the “responsible management of public finances” which the CAQ government so often claims? Response to come.