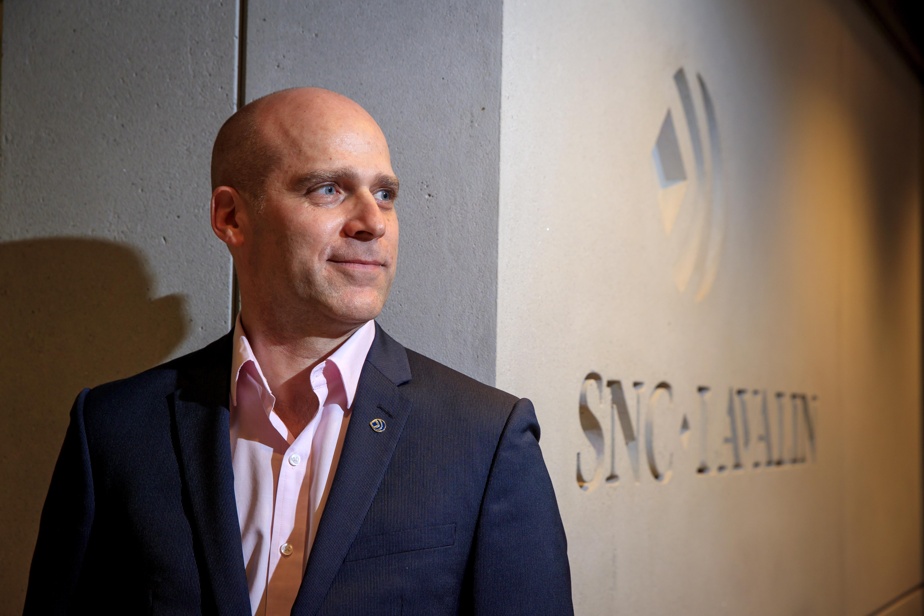 Interview with Hentie Dirker, instigator of a series of measures aimed at redressing integrity practices at SNC-Lavalin

SNC-Lavalin reached an important milestone last week with the filing of a new report on the cleaning up of its ethical standards, two years after the condemnation of one of its divisions for fraud. A report welcomed by the authorities, thanks in particular to the work of the integrity watchdog within the group, which granted a rare interview to The Press.

The hearing took place on March 7 at the Montreal courthouse, before Judge Claude Leblond, who had imposed a fine of $280 million and three years probation on the company, in December 2019, in the case of bribes paid to the son of dictator Muammar Gaddafi. The penalty provided for an independent monitor to monitor internal reforms to prevent a recurrence. It was this monitor who filed his new report that day.

For the occasion, one of the federal Crown prosecutors who fought in court for years against the firm appeared in court. Mand Anne-Marie Manoukian had read the report. And she had nothing to complain about.

“The company seems on the right track and is following the recommendations of the monitor,” began the prosecutor.

“We are satisfied”, she dropped before withdrawing.

Incredible entry into the scene

This recognition follows that of the World Bank, which also rehabilitated SNC-Lavalin last year. The slope to climb was steep, and one of the essential architects of this recovery is the chief integrity officer, Hentie Dirker, a discreet man who has not been heard publicly since taking office.

Mr. Dirker, originally from South Africa, had a rather incredible first contact with the senior management of SNC-Lavalin on April 13, 2012.

“I remember that day very well, it was a turning point,” he says, smiling.

At the time, he was working at Siemens Canada, where he was already dealing with integrity issues. The German headquarters of Siemens had been shaken four years earlier by a huge corruption scandal. The company had to pay a record $1.6 billion penalty and implement one of the strictest internal anti-corruption control programs in the industry.

On April 13, 2012, Hentie Dirker was invited to Montreal, to the Queen Elizabeth Hotel, to present this famous anti-corruption program to the senior management of SNC-Lavalin. CEO Pierre Duhaime had just left his post in disgrace and an internal investigation had uncovered questionable payments. Management wanted to learn how to build on better foundations.

Hentie Dirker was in the middle of her presentation when SNC-Lavalin managers got up to leave in a hurry: they had just learned that the police were conducting a search of their offices.

This is what would lead to the finding of guilt in the Libyan case.

“This meeting is like a line in the sand for us, between the old and the new. The CEO was already gone, the chairman of the board was acting CEO, everyone realized things had to change,” Hentie Dirker recalls.

“It was no longer the company of old”

Soon after, he joined SNC-Lavalin. “It was clear it wasn’t the business it used to be,” he says. Mr. Dirker now leads a team of 40 people around the world responsible for detecting the risk of wrongdoing. They are supported by 150 integrity “ambassadors” responsible for making their colleagues aware of good practices.

“I have resources, a budget, and I don’t report to the CEO. I report directly to the board of directors. This ensures that the company cannot put pressure on the integrity leader. It’s really an independent function,” he explains.

From now on, at SNC-Lavalin, ethics training is mandatory. Employees have a mobile app on their phone that provides guidance on sensitive situations and connects with an Integrity Officer when needed.

Importantly, everyone now has access to a protected whistleblower line.

“That was something that was missing in those old, very well-known files: the ability for employees to speak up and speak out if they saw something wrong,” he says.

He is careful not to give names, but launches a thinly veiled criticism of certain former leaders. “Today I have my pink shirt for anti-bullying day [l’entrevue a eu lieu le 23 février]. And what we discover is that in the past, many managers who engaged in these acts were people who led by fear, ”he underlines.

The challenge of commercial agents

One of the areas where he had to clean up was the commercial agents who helped SNC-Lavalin obtain contracts in foreign countries. Some were hidden behind shell companies in tax havens, got paid through opaque jurisdictions and had little accountability for how they achieved their goals.

“Now they have to go through a rigorous review process to make sure they fit our business model. We can invoke our right to audit if necessary. We are asked to verify who the ultimate beneficiary is, what service is provided. We check if the payment and the service are well aligned. We are no longer going to have someone who is going to receive 20 million dollars just to help win a project, without proof of the work accomplished, ”explains Mr. Dirker.

And so much the worse for those who refuse to lend themselves to the game.

It’s an alarm signal, if we do some checks and the partner rebels.

The new model is incurring expense and, in some cases, additional delays, but it was the only way forward for the company, he believes. “In today’s world, this is expected. You can’t afford not to! he says.

These new requirements will not prevent the company from pursuing international business opportunities, he believes.

“I believe there is always a chance to do business, in any country. In every country, there is good business and bad business. Our job is to find the right business,” he says in conclusion.