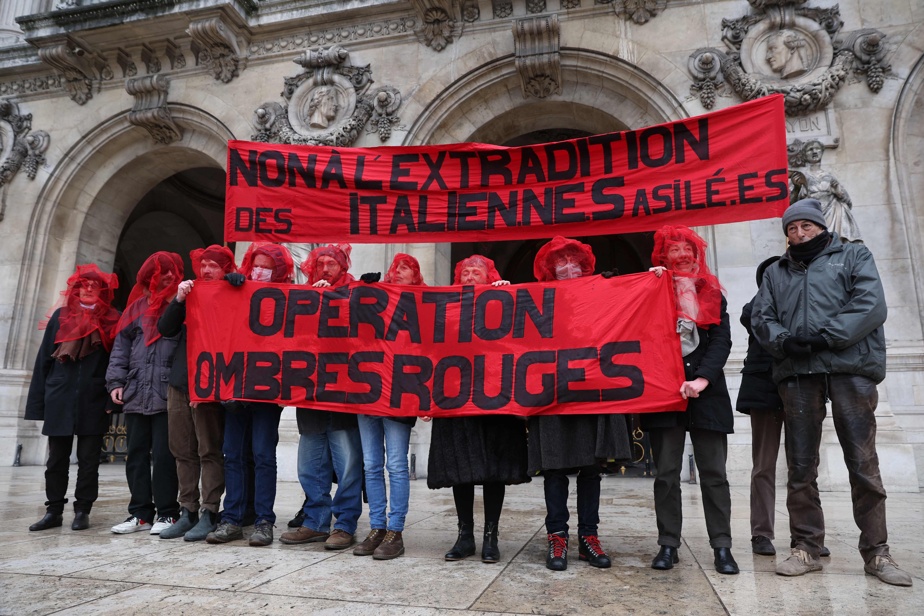 (Paris) “I cannot understand that after 40 years, Italy cannot consider an amnesty”, sighed Wednesday Sergio Tornaghi before the Paris Court of Appeal, responsible for examining the extradition requests of ten former far-left activists convicted of terrorism during the years of lead.

With his strong southern accent, this former member of the Red Brigades, who was part of the Milanese Walter Alasia column during the 1970s, expressed his incomprehension.

“That Italy continues to chase me, I don’t know what it can bring them,” insisted the 64-year-old man, accused of being involved in the murder of the chief of staff of his factory, Renato Briano, in 1980. After fleeing to France, he was sentenced to life on the other side of the Alps in his absence in 1985, and has since maintained his innocence.

Like many former far-left activists who had taken refuge in France since the 1980s and 1990s, he felt protected. In 1985, François Mitterrand made a commitment not to extradite former activists who had broken with their past. And French justice has already ruled twice against his extradition, first in 1986, then in 1998.

But in the spring of 2021, Emmanuel Macron decided to promote the execution of Italy’s renewed extradition requests for four former far-left activists and six former members of the Red Brigades convicted of acts of terrorism. So far, France has almost never acceded to Italy’s requests.

Dressed all in black, the sexagenarian with graying hair shrugs his shoulders in the face of the absence of new facts that would justify his extradition. And insists rather on his integration in France: for 40 years, “I found a job, I got married, I had two children”, lists this retired IT project manager, who was involved in several associations in the Dordogne, where he lives.

“For the legal, I trust you”, he loose to the magistrates, while ironizing on the imprescriptibility of his sentence. “If my extradition is still refused, the next time Italy will have to come and get me from the cemetery. »

To examine the extradition request for Mr. Tornaghi and the nine other ex-militants targeted, the Advocate General had requested additional information from the Italian authorities.

Their response, which arrived in December, is often partial, made up of incomplete or not always intelligible documents. A problem for the court, which does not look at the facts, but must ensure the legality of the procedure. To the point that the parquetière is forced to claim a new supplement.

Something to annoy Antoine Comte, the Italian’s lawyer. “That’s enough”, believes the one for whom in these files, “nothing has changed” for 40 years.

The council is particularly annoyed by the silence of the Italian State which does not provide any explanation on the imprescriptibility of the sentence of its client, a measure reserved in French law for crimes against humanity.

“The Italian authorities consider themselves authorized not to answer you and to do as they please,” he castigates.

“There is no ill will,” assures the Italian state lawyer, William Julie. He urges the judges to seize “the opportunity, surely the last, that things be decided according to the law, not according to politics”, in this dispute which regularly poisons Franco-Italian relations.

However, it is against a possible interference of political power that the defense of the other case examined by the court on Wednesday, Raffaele Ventura, warned.

At 72, this former member of the “Rosso” group, sentenced to 24 years in prison for the murder of a policeman, Antonio Custra, in May 1977 in Milan, was never officially claimed by Italy before 2018, when the Italian government counted the far-right leader Matteo Salvini, Minister of the Interior.

His lawyer Jean-Pierre Mignard urged the judges to “the greatest caution”.

Decision on June 15. Next Wednesday, the judges must examine the situations of Marina Petrella and Roberta Capelli.