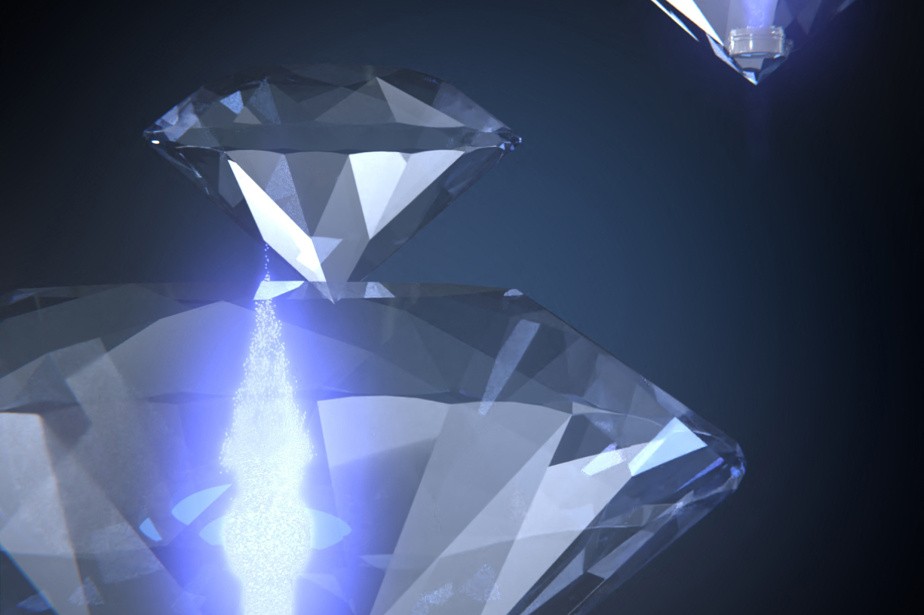 (Paris) Researchers have taken a key step towards an ultra-secure quantum internet, by creating a rudimentary network for exchanging information by three-time teleportation, they revealed in a study on Wednesday.

A quantum internet – which should not see the light of day for ten years – will be a large-scale network connecting users via new applications and “impossible to achieve with the classic web”, explains to AFP Ronald Hanson of the University of Delft (Netherlands), co-author of this work published in the journal Nature.

The exchange of information will take place there not in the form of classic bits – the 0s and 1s at the base of computing – but of quantum bits (qubits).

These qubits exploit the laws of quantum physics, which governs the world on the scale of the infinitely small. One of these properties is entanglement, also called entanglement, a strange phenomenon by which two entangled particles behave identically regardless of the distance separating them: as if linked by an invisible thread, they share the same state.

The state of an entangled qubit is thus shared with the other, and their coordination is so perfect that we speak of teleportation: in theory, any modification of the properties of one instantaneously modifies those of the other, even at the other end of the earth.

Quantum bits can currently be transmitted via optical fibers, but teleportation remains limited: beyond a hundred kilometers, the signal is attenuated or even lost. If we want to maintain end-to-end entanglement, the qubits must be directly linked by a quantum “chain”.

This is the feat described in the study by Nature, through which scientists introduced a relay, in order to lengthen the range of communication. Quantum communication, which was limited to two actors commonly called Alice and Bob, can now count on a third character, Charlie.

The experiment took place in two laboratories of QuTech, a collaboration between the Delft University of Technology and the Dutch organization for applied sciences TNO.

Diamond-based qubits were placed on a circuit comprising three interconnections called “quantum nodes”. The Alice and Bob nodes are located in two laboratories several meters apart, and connected by fiber optics, and similarly Bob is directly connected to Charlie. Alice and Charlie can’t talk to each other right now.

The researchers first entangled the physically connected nodes (the Alice-Bob couple and the Bob-Charlie couple). Then used Bob as a go-between, and through a process of entanglement swapping, managed to entangle Alice and Charlie.

Although not physically connected, the latter two were thus able to send a message directly to each other. The signal was also of excellent quality, without any loss – a challenge given the extreme instability of a quantum bit.

And this transmission was able to take place in the greatest secrecy, as required by quantum laws: with entanglement, any attempt to intercept or eavesdrop on the message automatically changes the qubits, destroying the message itself.

This first embryonic quantum teleportation network paves the way for large-scale connections: it proves on a laboratory scale the principle of a reliable quantum repeater — the famous Bob — that could be placed between two nodes further apart of 100 km, thus increasing the strength of the signal.

The innovation described in Nature represents “a victory for basic science” and a “real-world solution to take applied quantum physics to the next level,” the scientists said in a “News & Views” commentary published on the sidelines of the study in Nature.

When he talks about the quantum internet, physicist Ronald Hanson describes a universe where communications would be “ultra-secure”, and the quantum computer accessible in the cloud with “privacy of our data guaranteed by the ‘natural’ laws of physics, a network of hyper-sensitive sensors…”.

Finding applications to the quantum web is “a field of research in itself”, adds the researcher who hopes to see this new world born “in less than 20 years”.