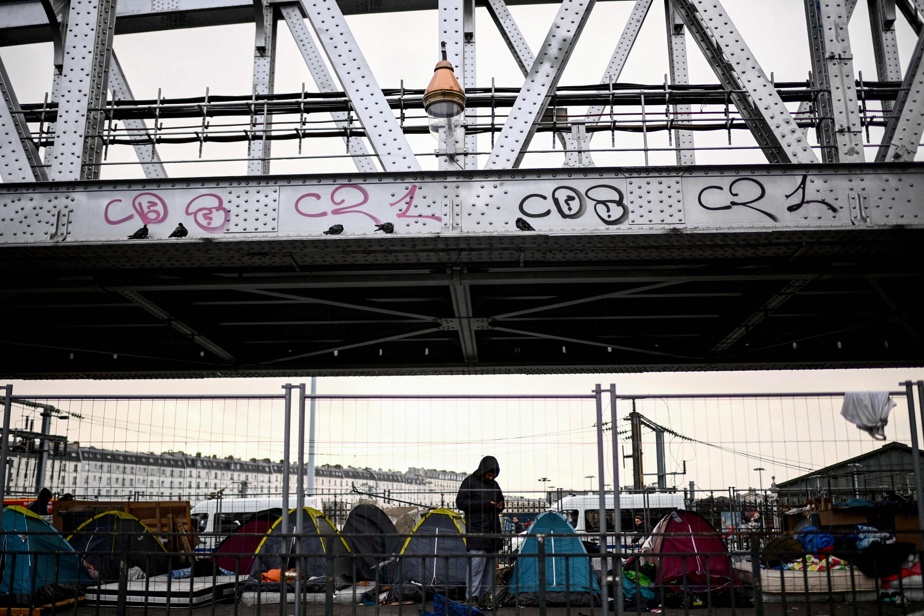 (Paris) A migrant camp set up under the aerial metro in the north of Paris was evacuated Thursday morning and nearly a thousand exiles sheltered, we learned from associations coming to them in assistance.

This camp, mainly made up of Afghan nationals, had reformed after a previous evacuation at the end of October by the police, who want to avoid at all costs the reconstitution of large migrant camps on the outskirts of Paris.

Started around 7 a.m., the operation ended before noon and “there were 956 people sheltered”, told AFP the association France Terre d’Asile (FTDA), operator of the ‘State.

“The need for first reception centers” to avoid compulsory passage through the street “is particularly increased at the moment because there are a lot of arrivals with a lot of newcomers, especially Afghans”, explained Hélène Soupios-David, Head of Advocacy at France Terre d’Asile.

The people taken care of were taken on board about twenty buses to be transferred to accommodation centers, half of them in Ile-de-France, for his part indicated Nikolaï Posner, a manager of Utopia56 who works with migrants on the street.

“It’s 80, 90% Afghans and a few people from East Africa. On site, the situation was particularly complicated because it was starting to get very cold,” he added, deploring the “perpetual cycle” of camp formation and police evacuations.

Since the last operation on October 27 on this same place, with tents distributed above the rails of the Gare du Nord to the aerial metro in the Stalingrad district, “we have seen a significant increase in the number of people” who are added to those who had not been taken care of at the end of October, added the head of advocacy at FTDA.