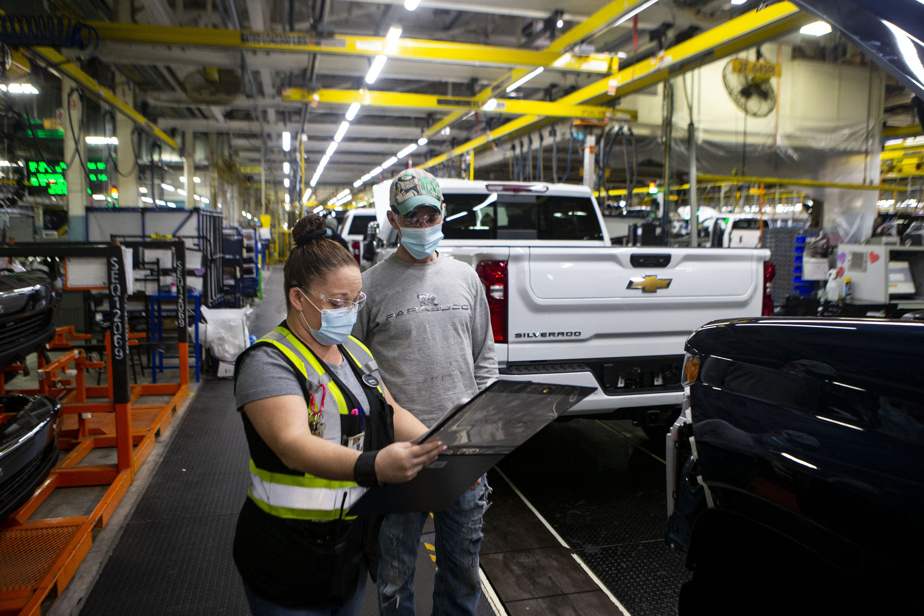 (Ottawa) The country’s historically high number of women in the workforce remains lower than it would have been if the COVID-19 pandemic had never happened, concludes a new report that sheds light on some aspects that could of interest to policy makers.

According to the Labor Market Information Council (LMIC) document, women’s employment is nearly 1% lower than it might have been if the pandemic had not altered the trajectory of the labor market. ‘economy.

Among men, employment levels are about 0.5% lower than they might have been had the labor market followed its historical average trajectory in the decade before COVID-19. 19.

The CIMT report emphasizes these figures, in particular, to suggest that the rebound in employment among women could be slightly weaker than the data on this subject suggest.

In its labor market report for February, Statistics Canada showed that female employment rose by around 178,000 jobs, which was 2% higher than levels recorded in February 2020.

For men, the number of jobs was just over 192,000, about 1.9% above pre-pandemic levels recorded in the same month two years earlier. Gains for women were concentrated in middle- and high-income occupations, with a slower increase seen in lower-paying jobs.

The recovery for younger workers has been slower than for those in the core working age group, 25 to 54, Ms.me Amery. This could translate into lower earnings and long-term opportunities for young female workers who have missed out on opportunities to gain work experience and develop their skills.

The rebound has also been slow for older workers, some of whom may have opted for early retirement.

Mme Amery noted that there could be both short-term and long-term economic impacts in the absence of targeted assistance to the two different generations of workers.

“These groups still need support for a recovery and, more importantly, for a sustainable recovery,” she explained.

“If today’s youth, especially young women, are not taking advantage of the remarkable recovery in the job market, they are missing out on the opportunity to gain work experience and develop the skills they will need to their further professional development. »

Statistics Canada’s jobs report also showed that the share of middle-aged women in employment hit a record high last month. Among men, this rate reached its highest level since 1989.

Participation rates were equally high. However, M.me Amery noted that the participation rate of mothers remained lower than that of fathers, which signals long-standing systemic issues and speaks to cultural expectations about child-related responsibilities.