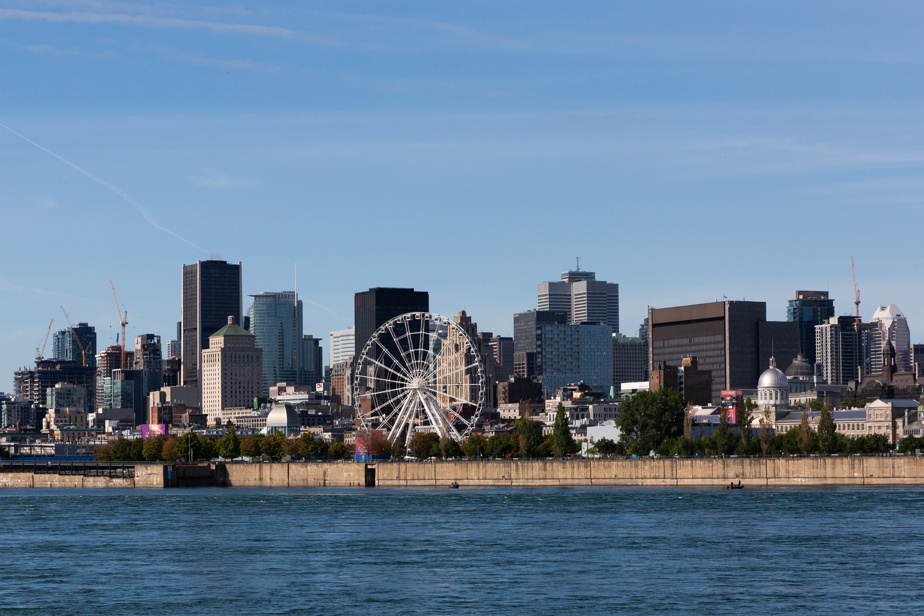 (Montreal) In recent years, several large cities around the world have created low emission zones, reserved for the least polluting vehicles. In Montreal, such a project is in the cards of the mayor who also wants to go further, possibly by creating a “zero emission zone” downtown.

Amsterdam even intends to ban the circulation of all gasoline and diesel vehicles on its territory by 2030 and within three years, cars, motorcycles and trucks that run on fossil fuels will no longer be able to make deliveries in urban areas. .

The chief executive of the organization Vivre en ville, Christian Savard, points out that it was air pollution that first prompted several major European cities to create low-emission zones due to the popularity of low-emission vehicles. diesel engine on the old continent.

“There were very important air quality issues related to diesel, in addition to the desire to reduce greenhouse gas emissions,” he says.

He specifies that Montreal “does not have such an acute air quality problem”, and that it is more to reduce GHGs and “send the signal of the importance of public and active transport and the use electric vehicles”, that the idea of ​​creating a zero emission zone germinated.

In its “Climate Plan 2020-2030”, the administration of Mayor Valérie Plante writes that a zero emission zone could see the light of day by 2030 and that “the support of partners and the population will be necessary to ensure the success of such an initiative.

On March 28, during a press conference during which the Minister of the Environment, Benoit Charette, announced funding of $117 million to the City of Montreal to support its efforts to fight climate change, Mayor Plante had touched on the subject of the zero-emission zone.

“We feel that the population is open to hearing about a zero emission zone, which was not the case 10 years ago,” said Valérie Plante, mentioning that it was still too early to give details. on this project.

“The idea is to do it well, to work together, to make sure that we have the necessary infrastructure, including charging stations, and we also have to assess the system, to know how we are going to enter and get out of the area and who will have access”, added the mayor, specifying “that the devil is in the details”.

Decals that correspond to pollution levels

In Paris, the municipal administration has set up a system with color stickers. The colors range from green to brown for thermal vehicles, depending on their level of pollution, while electric vehicles have a special sticker, blue in color.

Each color corresponds to a level of vehicle pollution and certain sectors of the city are reserved for certain colors.

In Montreal, “we will start with a low-emission zone, to get to a zero-emission zone and we will go there gradually,” said Mayor Plante at the March 28 press conference.

Going gradually, therefore, is also the way of doing things for the City of London, according to Andréanne Brazeau, mobility analyst at Équiterre.

She believes that such a project is inevitable for Montreal, that modern cities must set up such zones to achieve their GHG reduction target, but also to improve mobility and the quality of life of citizens. .

“You have to start in the densest areas, so where vehicle ownership rates are lower and therefore where social accessibility is likely to be the highest,” said Ms.me Brazeau, specifying that “it is necessary to demonstrate the benefits for the population in a small area, and to communicate these benefits well, before thinking of expanding the area”.

Christian Savard emphasizes that such a project must take place in an area where there are enough cycle paths and where the public transport offer is significant.

He estimates that currently, approximately 70% of trips to the city center are made other than by car and that with the eventual arrival of the REM de l’Ouest, downtown Montreal would be the ideal place to implement a low or zero emission zone.

The general manager of the Vivre en ville organization “would see a low-emissions zone in Old Quebec” where “high traffic makes part of the tourist experience less interesting”.

Asked whether such a project could one day be initiated in the old capital, where public transport projects are often a source of polarization, the mayor’s press attaché Bruno Marchand could not provide an answer to La Presse Canadian.

During the press conference on March 28, Benoit Charrette was asked if other cities in Quebec should eventually introduce zero-emission zones.

The Minister simply replied that he will “follow Montreal’s projects with great interest”.

Andréanne Brazeau mentions that low or zero emission zones can address congestion, safety and pollution problems, but we must also ensure that merchants do not find themselves having to pay the price.

“We must continue to deliver products to grocery stores and other businesses,” underlines the mobility analyst, referring to the idea of ​​allowing the delivery of products by polluting vehicles only at certain times of the day.

Some cities have demonstrated that it is possible to limit the movement of delivery vehicles that run on fossil fuels without affecting the economy.

For example, Ghent, a Belgian city of 250,000 inhabitants, is one of the first to have set up a plan to force residents of Ghent within the city walls to opt for means of transport other than the car, by limiting its use.

According to the Dutch-speaking Belgian daily De Morgen, an impact study showed that the number of businesses increased by 20% and the number of bankruptcies fell by 7% between 2017 and 2018, after the implementation of the vehicle-free zone. .

Urban deliveries to shops are mainly made by cargo bike, from a transhipment center located on the outskirts of the city. On its website, the parcel delivery company DHL indicates that delivering parcels in Ghent with cubicycles, four-wheeled electric bicycles equipped with containers, is “more productive than with vans”.

It should however be noted that winters in Ghent are milder than in Montreal, that the two cities have a different size, population and urban planning. Also, the mobility habits and needs of the inhabitants are not the same.

But needs and habits can change, recalls Andréanne Brazeau, who says that mobility is a matter of societal choice: “70% of provincial transportation spending is for the road network, so we shouldn’t be surprised of our dependence on the car”.

The Canadian Press tried to obtain the opinion of the Commercial Development Corporation (SDC) of downtown Montreal, concerning the possible zero-emissions zone, but a spokesperson indicated that the latter preferred “to wait that the City details its intentions more clearly” before commenting.

Pending details of the Plante administration’s plan to create a low- or zero-emission zone(s), the City recently announced that ten sections of streets will be reserved for pedestrians next summer. These streets are mainly commercial thoroughfares such as avenue du Mont-Royal, rue Sainte-Catherine, rue Saint-Denis and rue Ontario.