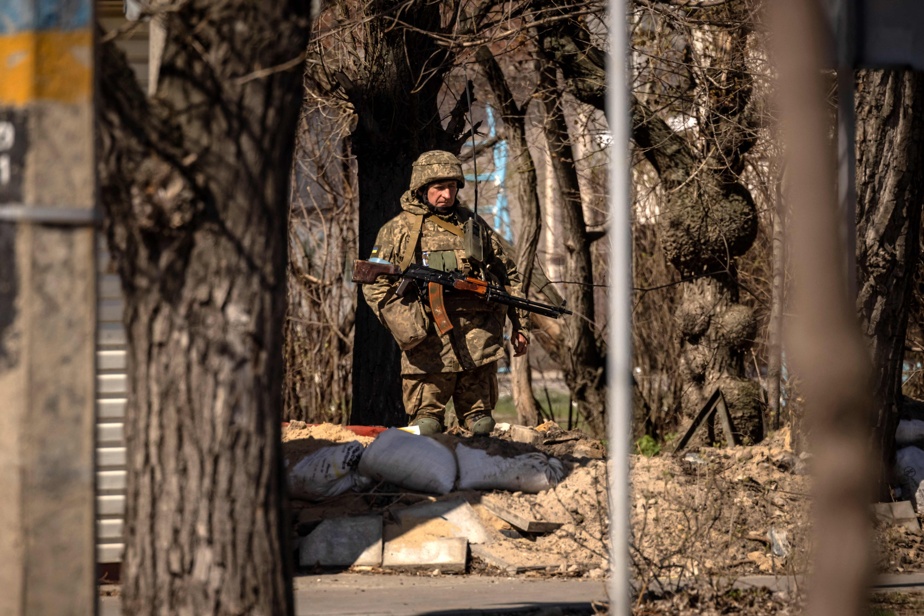 (Kyiv) About 400 civilians have been buried since the start of the war in Ukraine in Severodonetsk, a city in the east of the country where the Russian army is currently on the offensive, Serguiï Gaïdaï, the Ukrainian governor of the Kyiv, announced on Tuesday. Luhansk region.

“During the 48 days of war, there were about 400 burials” in Severodonetsk, he said on Telegram, without indicating the cause of death but specifying that they were buried in “individual graves”.

In the neighboring city of Lysytchansk, on the other hand, “the dead are buried in mass graves”, added Mr. Gaïdaï.

“Morgues in towns controlled (by Ukraine) are overflowing with civilian bodies. Electricity is intermittent or non-existent. Bodies are also in the basements” of buildings, he also said, explaining that they were buried as soon as possible, thanks to breaks in the bombardments.

Serguiï Gaïdaï added that the situation was also very complicated in two other cities currently located on the front line, Popasna and Roubizhne, partially occupied and where “the evacuation of the bodies is impossible”.

“Because of the shelling, in some areas the bodies are lying in the streets,” he said.

Pavlo Kirilenko, the governor of the neighboring region of Donetsk, told him that the Russian troops had begun “the final stage” of their regrouping before an assault in this region.

Referring to the situation in Mariupol, besieged for more than 40 days and where the end of the Ukrainian resistance seems imminent, Mr. Kirilenko indicated that “the fighting continued day and night” but that the Ukrainian forces had “almost no more contact with the strategic port city in the southeast of the country.

Kyiv announced that it expects a major Russian offensive soon against eastern Ukraine, which has become the Kremlin’s priority target, and asked residents to evacuate the region as soon as possible.