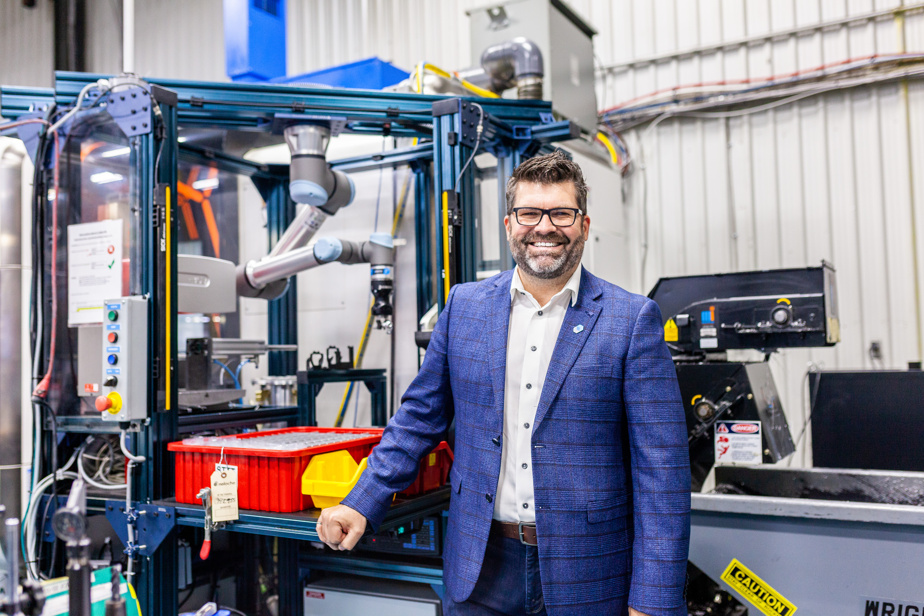 Manufacturers of aeronautic parts components whose annual turnover exceeds $100 million do not run the streets in the Quebec industry. Groupe Meloche surpassed this mark with the acquisition of Aérospatiale Hemmingford – the second takeover in its history.

“It’s a business card that testifies to a certain maturity with major clients (Bombardier, Airbus, Boeing, etc.), underlines Hugue Meloche, president and CEO of the company, during the a telephone interview with The Press. We exceed the magic number of 100 million. »

The amount of the transaction announced Monday was not disclosed. It will enable Groupe Meloche to generate annual revenue of more than 110 million. The company hopes to hit the 200 million plateau by 2026.

Founded in 1963, Aérospatiale Hemmingford has approximately 135 employees. This family business specializes in the manufacture of components for Pratt & Whitney engines and in high-precision machining. It is one of the American giant’s suppliers for the engine that powers the Airbus A220, the A320neo and the Embraer E-Jets E2.

It is an additional acquisition. These are niche products that we do not manufacture. The acquisition will complete our offer. We can offer these products to other engine manufacturers such as General Electric and Safran.

The two companies have known each other for several years. The opportunity to complete a transaction arose a year ago, according to Mr. Meloche.

“They had made a family decision,” he said. For their own reasons, at a time when major contractors want to work with [équipementiers] bigger and bigger, they decided it was best to sell. »

This transaction is therefore part of the strategy of Groupe Meloche, which in 2019 purchased Techniprodec, another component manufacturer, based in Montreal East.

In the big leagues

The size of companies found in the aerospace industry has already been targeted as a weakness in a sector that is not immune to consolidation. With revenues of more than half a billion dollars, the Héroux-Devtek landing gear specialist is virtually alone in this category in Quebec.

According to data from the most recent version of the Quebec Aerospace Strategy, the five main contractors, namely Airbus, Bombardier, Bell Textron Canada, CAE and Pratt & Whitney Canada, accounted for 70% of sales of $15.8 billion of the sector in 2020. More than 15 “first tier” suppliers accounted for 16% of the total and 210 other suppliers and subcontractors shared the remaining 14%.

Groupe Meloche is not the only company to grow through a transaction. Just over a year ago, Abipa Canada, of Boisbriand, in the Laurentians, decided to join the French Groupe ARM. The entity formed by the two companies said it had reached a “significant critical size with a turnover exceeding 100 million”.

The acquisition of Aérospatiale Hemmingford was made thanks to support of 20.5 million from Investissement Québec (IQ). The investor arm of the Quebec state becomes a shareholder of Groupe Meloche by injecting 10.5 million into the company, in addition to granting a loan of 10 million. The company already counts the Fonds de solidarité FTQ among its shareholders.