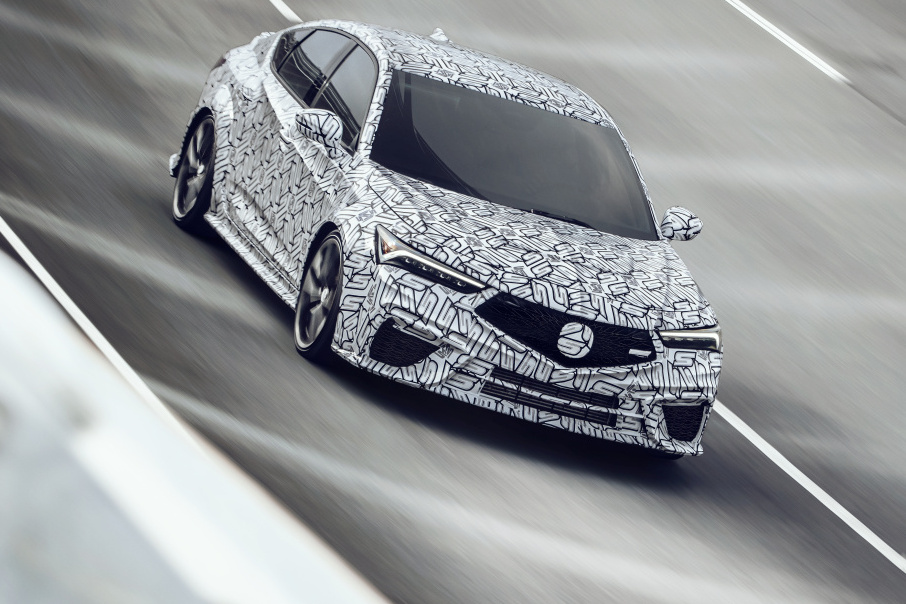 Honda’s luxury brand, Acura, has unsurprisingly announced that it will launch a Type S version of its Integra hatchback next summer.

This new performance livery will essentially be a Honda Civic Type R dressed up. Acura has already specified that the model will be entitled to the turbocharged 2.0L four-cylinder from the Civic Type R. The power will exceed 300 hp, it is specified in a short press release. The engine will also be supported by a six-speed manual transmission, the only one offered.

The first photos released by Acura show an Integra Type S in camouflage. There is more restraint in the changes to the bodywork. Thus, apart from the redesigned front bumper, the addition of a diffuser at the rear and the addition of larger rims, this Type S seems to want to target an audience less focused on the tuning traditional. Note also the absence of a spoiler at the rear, unlike the Type R. It nevertheless retains the three characteristic exhaust pipes of its cousin.

After the MDX, NSX and TLX, the arrival of this Integra Type S will confirm the marketing of the fourth model from this recently revived sub-brand at Acura. It will be very interesting to see how the latter will position itself against the Civic Type R in terms of price.