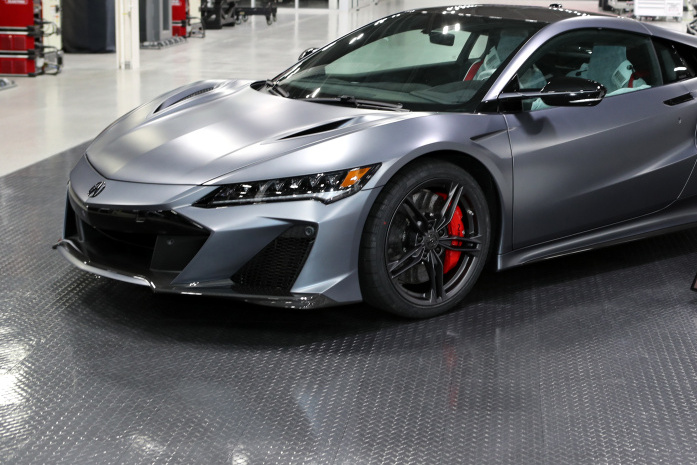 It was without fanfare that Acura recently announced the end of production of its second-generation NSX supercar. The work, considered a technological showcase by the manufacturer during its six years of production, will have intrigued by its technical proposal, without however succeeding in integrating well into a select club dominated by European brands.

A very brief press release thus marks the end of a major project for the manufacturer. Built in Ohio, it was a pioneer with its hybrid engine based on a 3.5 L biturbo V6. An electric motor up front provided all-wheel drive, coupled with another electric motor to support the V6. This is how 573 hp are produced, which is significantly higher than what its ancestor offered, without however being able to boast of having a manual to brighten up the senses.

The last iteration will have been a Type S livery produced in only 350 copies, of which 15 crossed the Canada-US border. Its 600 hp, but also various aerodynamic improvements, have furthered its skills on the circuit.

Now, what will become of this illustrious Japanese ambassador? We don’t really know. Nothing is cast in stone, but the boss of the brand, Jon Ikeda, considered in August that his return would be with an electric motor. To be continued, then.