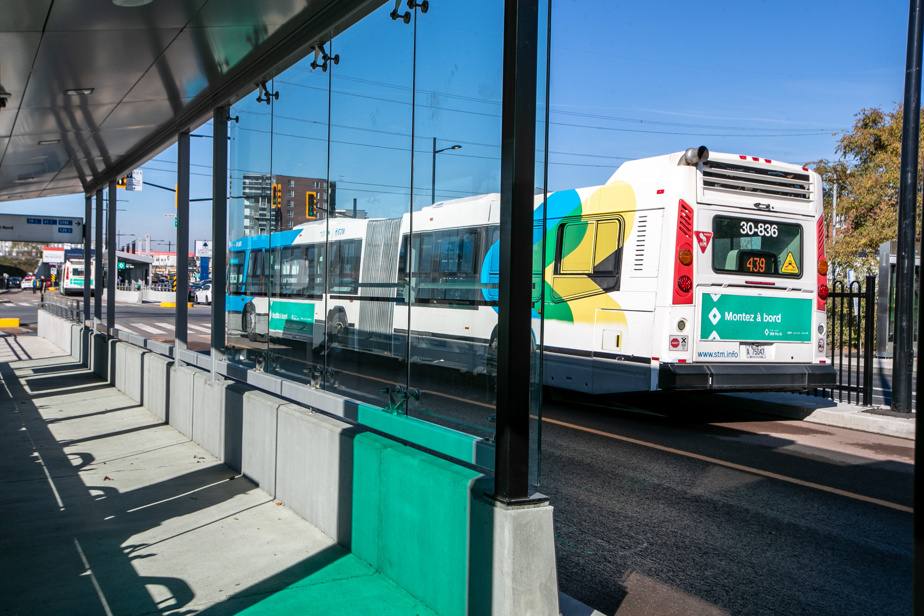 A little over a month after its commissioning, the Pie-IX Bus Rapid Service (SRB) is still in an “adjustment period”, having notably experienced certain failures in terms of bus punctuality due to construction sites. still active, admits the Société de transport de Montréal (STM).

“We had issues with fluidity at the shelters in Laval and on the Pie-IX bridge because of the work in progress, impacting the punctuality of the lines. We have therefore made changes to the beat time among other things to improve the situation. Moreover, the end of phase 2 of the work on the Pie-IX bridge and the reopening of the lanes since Monday allows us better punctuality, ”explained Tuesday the spokesperson for the transport company, Justine Lord-Dufour, on this subject.

She points out that her group is “still in a period of adjustment” with regard to the SRB Pie-IX bus lines, but aims for “continuous improvement in operations”. In recent days, several residents have complained online about delays to the SRB route. “We ensure a good presence on the ground and we rely on comments, complaints and observations from customers to adjust daily”, illustrates M.me Lord Dufour.

It is since last November 7 that the SRB Pie-IX is finally reality. For the time being, 15 of the 17 stations in this corridor of 11 kilometers of reserved bus lanes are in service. Once the project is fully delivered, the Société de transport de Montréal (STM) estimates that it will be able to offer a trip 30% faster than before.

The SRB Pie-IX project, which has been under construction since 2019, was first announced in 2009. It has therefore been the subject of heated discussions for 13 years now.

By email, the STM also made it clear that “the new lines using the SRB Pie-IX are still very young in terms of the life cycle of a bus line”. “It takes between six months and two years before a line reaches maturity. In the case of the SRB, it is also necessary to take into account the time necessary for the change of behavior and habits of the customers”, affirms the company.

Despite the failures, the organization says it has seen “a great improvement in bus punctuality” since the network was put into service. Adjustments will continue to be made “on a daily basis to ensure reliable service”, insists Mme Lord Dufour.

She points out in passing that the SRB “represents a 43% improvement” in service in the Pie-IX boulevard axis, and 30% in the area south of Pierre-De Coubertin avenue.

“We strongly encourage our customers to plan their journeys with real-time information on the times of the next passages at a given stop, according to the actual positioning of the buses on their routes via our site, our information terminals and apps such as Transit. and Chrono”, concludes the spokesperson.