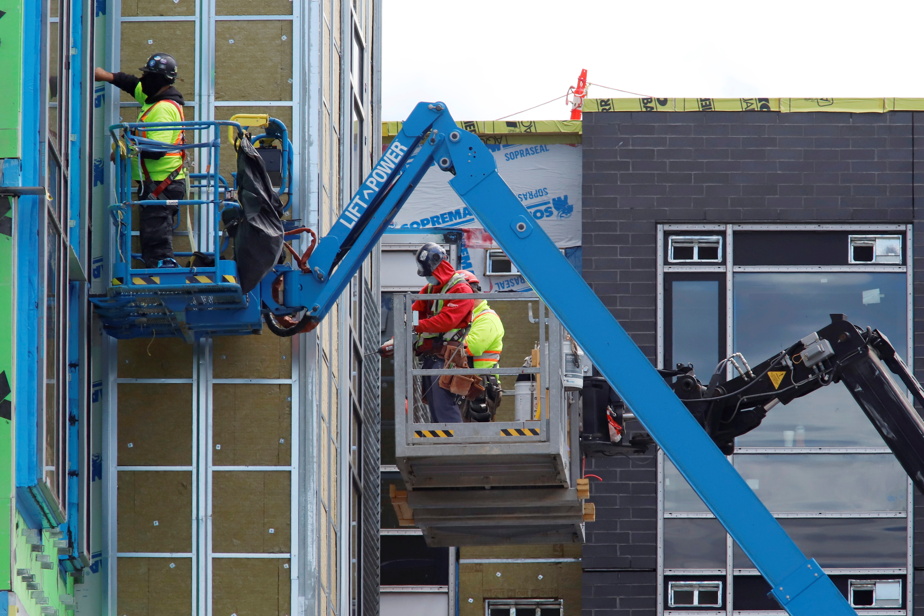 (OTTAWA) Gross domestic product (GDP) rebounded 4.6% in 2021 after a historic 5.2% collapse the previous year due to the pandemic, the Canadian statistics institute announced Tuesday.

In the fourth quarter alone, GDP grew 1.6% less than in the third quarter, as the economy was hit by the arrival of the wave of the Omicron variant of COVID-19. But at an annualized rate, the increase is 6.7%, which is above expectations.

The annualized rate compares the GDP to the previous quarter and then projects the evolution over the whole year at this rate.

According to the Canadian institute, GDP growth was stimulated by business investment in engineering structures (+3.5%) and by ownership transfer costs (+14.3%) as well as by the inventory accumulation.

As for final household consumption, the growth observed was moderated by the rise in prices, continues the statistics institute.

Household disposable income fell 1.3% in the fourth quarter, posting a second consecutive quarterly decline. This decline is mainly attributable to the decrease in government transfers to households.

The increase in the fourth quarter is higher than the latest forecasts from the Bank of Canada, which should raise its key rate to 0.50% at its meeting on Wednesday.

For his part, Andrew Grantham of CIBC Economics notes that at the start of the year “despite the reintroduction of public health restrictions on certain services, the advance estimate of GDP for January shows a gain of 0.2%, driven by rebounds in retail sales and construction”.

However, economists are worried about the “fallout from the war in Ukraine” explains Royce Mendes again, referring to “an immediate impact” for the Canadian economy with “the rise in energy prices”.

“As the fighting intensifies and supply chains in Europe are already affected, we will closely monitor any further economic or financial spillovers in Canada,” he adds.