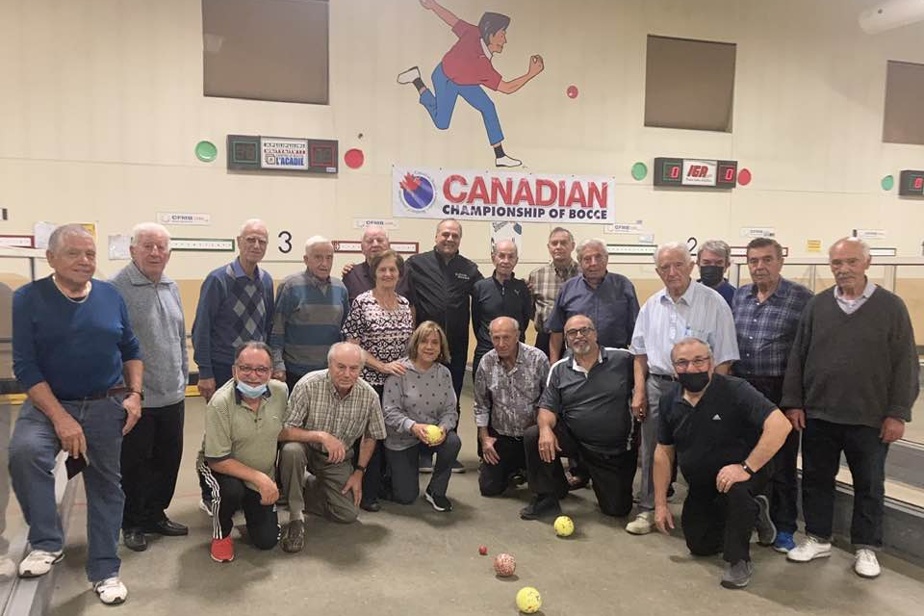 The institutions of the Italian community of Montreal denounce the upcoming closure of a golden age club in Ahuntsic-Cartierville, for which the City of Montreal no longer wants to pay the rent.

The Marcelin-Wilson Golden Age Club is home to one of the few indoor bocce courts – the Italian version of pétanque – in Montreal.

“We feel betrayed and abandoned,” said club coordinator Cecilia Fazioli Thursday morning in a press conference organized by the official opposition at City Hall. “They would like to put us in a basement, in a room to share with other people. […] In a room of 4 meters by 4 meters to play cards. Several dozen seniors of Italian origin had come to ask elected officials to continue to pay the rent for the premises. The club has 450 members.

Organizations that represent the interests of the community – from the National Congress of Italian Canadians to the Casa d’Italia – signed a letter denouncing the closure. Minister Mélanie Joly, who represents the neighborhood in the Commons, called the situation “unthinkable” in a letter of support.

Émilie Thuillier, mayor of Ahuntsic-Cartierville, has explained on several occasions in recent weeks that her team had made this decision in the face of the excessive rent increase at 10526, boulevard de L’Acadie. The City pays $210,000 per year and lends the premises free of charge to the Golden Age Club.

Mme Thuillier argued that the borough preferred to invest in its own sports and recreational facilities in order to serve as many citizens as possible.

“When you reach a certain age, loneliness is the number one enemy,” said city councilor Giovanni Rapana. I don’t see how anyone can not understand that. »