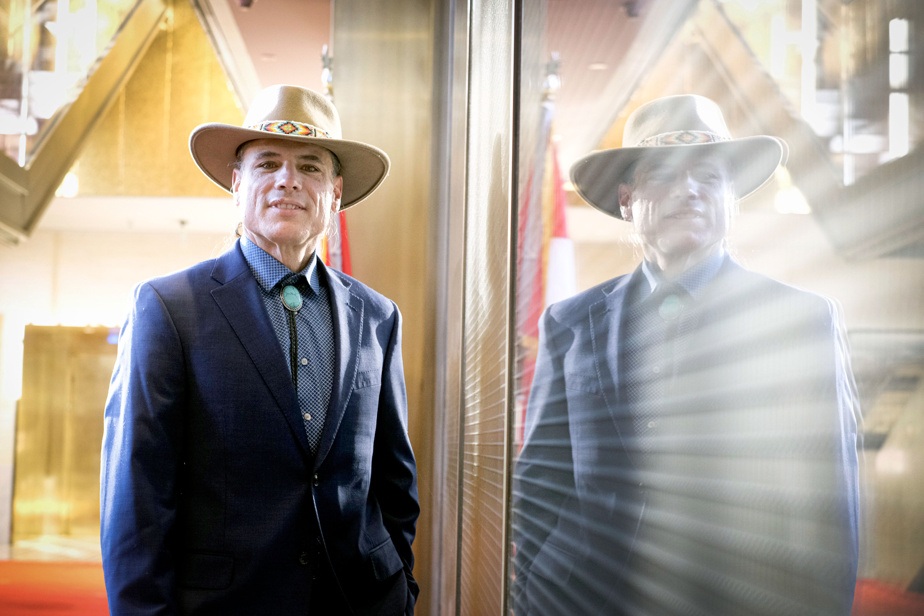 (Ottawa) Alcohol contributed to Patrick Brazeau’s long descent into hell 10 years ago. Now sober, the senator wants to educate the public about some little-known harms caused by every glass of wine, beer or spirits. He introduced a bill to add labels to bottles to warn people of the link between alcohol consumption and the development of cancer.

“It comes to get me because it almost ended my life, he confides in an interview. If it hadn’t been for alcohol, I would never have made two suicide attempts. »

He admits to having consumed “more than 15 bottles of beer” and drank more than 1 liter of scotch when he tried to end it for the second time, in 2016. He was then still entangled in the scandal of the expenses of the Senate. The fraud and breach of trust charges were later dropped. The court also gave him an absolute discharge on other charges of common assault and possession of cocaine.

Upon his return to work, he began to do research and discovered to his amazement that there was a scientifically proven link between the consumption of alcoholic beverages and several types of cancer. The World Health Organization has targeted seven: cancer of the mouth, throat, larynx, esophagus, breast in women, liver and colorectal cancer.

It’s not up to me to tell people what to do or what not to do. Me, I made the choice to be sober. It will be three years next March. I know that I will never touch another drop of alcohol in my life.

He believes, however, that people should be aware that their consumption could cause them to develop cancerous tumors. “We now know that the risk of cancer or death from a cigarette is the same as from a drink of alcohol,” said Tim Stockwell, a researcher at the Canadian Institute for Substance Use Research at the University of Victoria.

The professor had tried in 2017 to test the impact of warnings on bottles sold in Yukon stores to inform consumers of the carcinogenic effect of alcohol. The territorial government finally gave in to industry pressure and ended the Health Canada-funded study after 29 days.

They wrote to my university threatening legal action, to Ontario Public Health where my colleague worked, they assaulted Health Canada saying the territorial government had no right or authority to stick these labels on their bottles, that they mislead people and that they are defamatory.

Tim Stockwell, researcher at the Canadian Institute for Substance Use Research at the University of Victoria

Patrick Brazeau is not fooled. He knows very well that he is embarking on a long fight, especially since it is a private initiative, since he is not affiliated with any political party. “I’m not going to give in,” he said. My health is good. I have about 27 years left in the Senate. The fight took between 25 and 30 years with the tobacco industry, so if my calculations are correct, maybe we will get there within that time frame. »

He recalls that his boxing fight against Justin Trudeau in 2012 was intended to raise funds for cancer research. He also wants to honor a promise made to his mother, who died of this disease in 2004. And his most difficult battle, he says he fights it every day.

The 48-year-old senator chose to focus on the link between alcohol and cancer to simplify his bill and thus maximize its chances of success. The labels he proposes for the bottles would indicate the volume of a standard glass, the number of glasses they contain, the one not to exceed to avoid significant health risks – and a message to inform consumers of the link between alcohol consumption and the development of deadly cancers.

Beer Canada, which represents many brewers across the country, argues that the labels “have no impact on average alcohol consumption and also have little impact on improving knowledge of the risks “.

The labels instead represent “a promising intervention,” according to Catherine Paradis, acting associate director of research at the Canadian Center on Substance Use and Addiction. She has been working for the past few years on the development of new federal guidelines on alcohol consumption.

“When we carried out public consultations as part of this project, we realized how excessively low alcohol-related literacy is in Canada,” she points out.

About 20% of people are aware of the link between alcohol and cancer. It’s really misunderstood.

If you need support, if you are having suicidal thoughts or if you are worried about someone close to you, call 1 866 APPELLE (1 866 277-3553). A suicide prevention worker is available to you 24 hours a day, seven days a week.