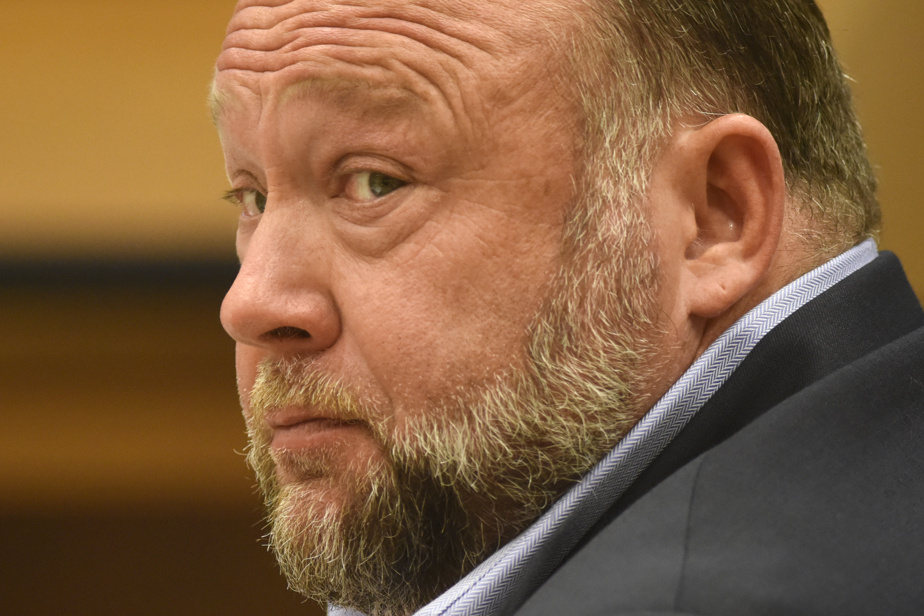 (Washington) American radio host Alex Jones has made millions by spreading conspiratorial lies to better sell his products, like an online ecosystem that experts say is turning misinformation into a business juicy.

This conspirator was ordered this year to pay some $1.5 billion in fines and damages for questioning the reality of a 2012 Sandy Hooks Elementary School shooting, in which 20 schoolchildren and six adults lost their lives.

His two trials, in Texas and Connecticut, showed how difficult it is to curb misinformation on the internet, where misleading and inflammatory content often spreads faster, gets more reaction and generates more revenue than truth.

“The current economic model on the internet is to get an audience and then derive revenue from it, whether through advertising, sales of goods or donations,” Danny Rogers, from the NGO Global Disinformation, told AFP. Index.

“Alex Jones has perfected this model by peddling the most divisive discourses in the form of virulent conspiracy theories […] then extracting profits from its audience. »

Mr Jones, who made headlines again this week when rapper Kanye West spoke on his air of his admiration for Adolf Hitler, has amassed a small fortune according to experts by mixing conspiracy theories and selling merchandise on his site InfoWars.

In particular, he boosted his sales of food supplements supposed to strengthen virility by ensuring that the government, via pollutants, made men more effeminate or homosexual.

And he accused authorities of dumping sodium fluoride in tap water while offering water filters and special fluoride-free toothpaste on his site.

The extent of his fortune is not known but an expert estimated during the trial in Texas that Alex Jones and Free Speech Systems, the parent company of InfoWars, were probably worth between 135 and 270 million dollars.

This did not prevent the polemicist from begging for donations to help him pay the damages, and in particular to receive an anonymous offering equivalent to 8 million in cryptocurrencies, according to the association Southern Poverty Law Center.

This week, Alex Jones nevertheless declared himself bankrupt, assuring that his debts greatly exceeded his assets, which he places between 1 and 10 million. InfoWars filed for bankruptcy in April, and Free Speech Systems in July.

According to families of victims of the 2012 shooting, the plotter is trying to hide his fortune to avoid paying.

Neither he nor Free Speech Systems responded to AFP’s requests.

The families of victims, who were found in court, say they have been harassed and threatened for years – online and in real life – by fans of Alex Jones.

Data presented at trial showed that InfoWars’ revenue increased almost fivefold overnight when Alex Jones falsely claimed that an FBI report showed ‘no one died in 2012 at Sandy Hook “.

“Their children were massacred, I saw it with my own eyes,” FBI agent Bill Aldenberg testified during the trial in Connecticut in September.

“And these people [dont Alex Jones, NDLR] made millions. »

This demonstrates, experts say, the interest online content creators have in promoting conspiracy theories that can go viral.

“The fundamental problem goes beyond Jones and is really about the economic model itself and its toxic effects,” says expert Danny Rogers.

“It creates a whole world of Alex Jones polarizing the discourse and infusing fear and anger for clicks and money. Until that changes, we’ll just move on from one Alex Jones to the next. »