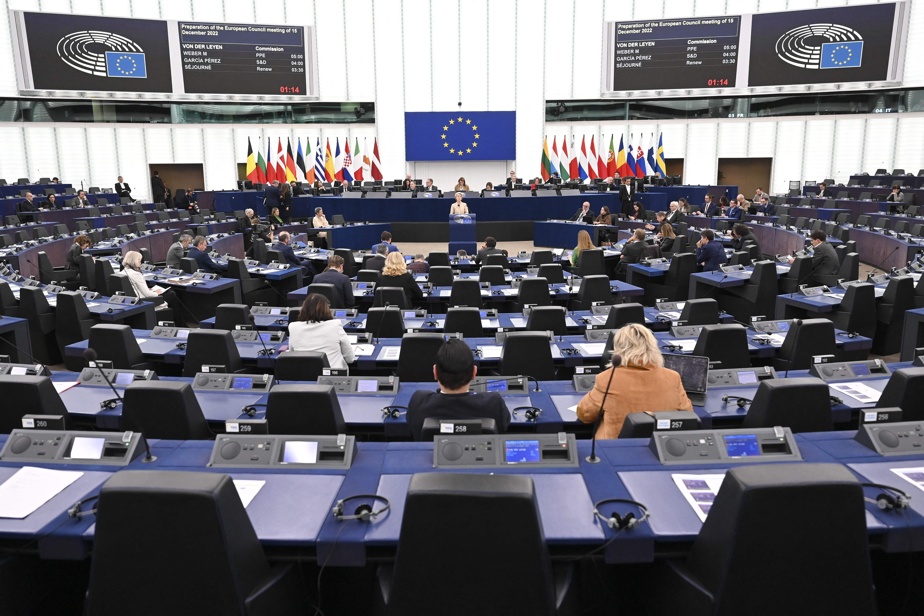 (Brussels) The investigation into alleged corruption involving Qatar is widening: the European Parliament announced on Monday that it had launched an “emergency procedure” to lift, at the request of the Belgian judicial authorities, the immunity of two MEPs.

The elected officials concerned are the Italian Andrea Cozzolino and the Belgian Marc Tarabella, both belonging to the S & D group (Social Democrats), we learned from sources familiar with the matter.

Both are targeted as part of the investigation which led Belgian investigators to arrest on December 9 a vice-president of the institution, the Greek socialist MEP Eva Kaili.

The latter’s companion, the Italian Francesco Giorgi, who was also Mr. Cozzolino’s parliamentary assistant, was also among those arrested, as was the former Italian socialist MEP Pier-Antonio Panzeri, and a manager of NGO, Niccolo Figa-Talamanca.

These four personalities, placed in pre-trial detention, were charged with “belonging to a criminal organisation”, “money laundering” and “corruption” for the benefit of Qatar, in a scandal which caused shock waves in the European Parliament and tensions between the Gulf emirate and the EU.

Mme Kaili did not benefit from his parliamentary immunity, as the offense was found in flagrante delicto, with “bags of tickets” being discovered in his apartment. She was stripped of her title of Vice-President of the European Parliament on December 13 by an almost unanimous vote of MEPs.

In Belgium, the investigation gave rise to twenty searches between December 9 and 12, including within the European Parliament. The home of Marc Tarabella had been searched on December 10 in this context, according to a judicial source.

In total, the Belgian investigators had got their hands on 1.5 million euros in cash, according to a judicial source, seized from the homes of Mr. Panzeri and Mr.me Kaili, as well as in a suitcase carried by her father.

“Responding to a request from the Belgian judicial authorities, I launched an urgent procedure to lift the immunity of two members of Parliament. There will be no impunity, absolutely none,” European Parliament President Roberta Metsola said on Twitter on Monday.

“Officials will find this Parliament on the side of the law. Corruption cannot pay, and we will do everything to fight it,” she also said.

Mme Metsola will formally communicate this request to MEPs during their next plenary session, which will start on January 16 in Strasbourg.

The Parliamentary Committee on Legal Affairs (JURI) will then have to examine it, behind closed doors, possibly organize hearings, and pronounce a proposal for a decision, which will ultimately be voted on by all MEPs in plenary.

The President of Parliament “has asked all the services and committees to give priority to this procedure, with a view to its conclusion on February 13”, specifies the press release.

“Since the start of this case, Marc Tarabella has repeated that he is at the disposal of justice and has even asked to be heard quickly in order to be able to defend himself”, reacted his lawyer, Maxim Töller, on Monday in a statement sent to the AFP.

“He also said that he would not hide behind his parliamentary immunity, having nothing to reproach himself for. He therefore supports his waiver of immunity if it is requested,” he added.

As of December 12, the S&D parliamentary group had decided to suspend Andrea Cozzolino from his responsibility as coordinator, while Marc Tarabella had himself suspended his membership of the group.

“If the embezzlement is proven, we will terminate the membership of the persons concerned. S & D, which supports the ongoing investigation, will file a civil action and will consider legal proceedings” against those involved, the group said in a statement at the time.

In the process, the two MEPs had also been suspended by their respective national parties, the Belgian Socialist Party and the Italian Democratic Party.

The latter had announced on December 16 to suspend “as a preventive measure” Andrea Cozzolino from the register of its members, “until the closure of the ongoing investigations into the ‘Qatargate’ scandal”, so as to “protect the image of the party “.