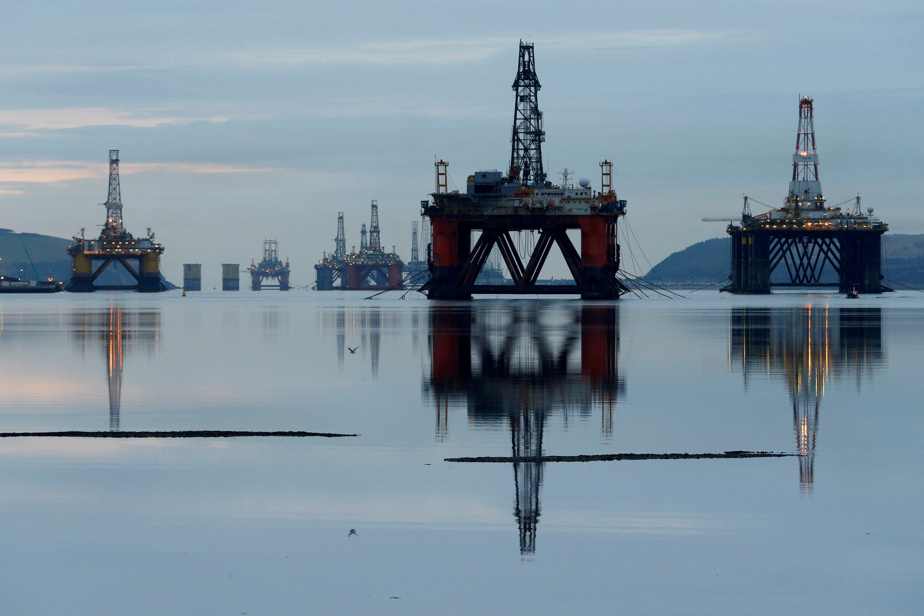 (London) The war in Ukraine and fears over raw material supplies, particularly from Russia, propelled oil prices to their highest in almost a decade on Wednesday, while natural gas and aluminum reached new historical records.

The surge in black gold prices started again after the decision of the OPEC+ exporting countries, led by Saudi Arabia and Russia, not to increase their production more than expected, despite the rise in course, which is fueling galloping inflation in many countries.

British gas, for its part, was close to its historic record of last December.

OPEC’s decision has not assuaged the price spike caused by Russia sanctions because demand for oil is growing rapidly and OPEC is already unable to meet its own production quotas in several countries,” notes Tamas Varga of PVM.

The Russians could turn off the tap

The invasion of Ukraine by Vladimir Putin’s Russia has led the European Union and the United States in the lead to impose strong sanctions on Moscow, fueling fears that Russian energy exports could be cut off.

The firm Energy Aspects argues on Twitter that most of the major European oil majors “do not touch Russian oil and only a few European refiners and brokers”, for fear of being caught up in sanctions.

Not to mention the increase in freight rates and war-related insurance premiums, which further complicate transactions, he adds.

“The war in Ukraine is leading to a sharp reduction in energy exports from Russia, even if these are exempt from sanctions” for the moment, adds Bjarne Schieldrop, an analyst at Seb.

The EU has disconnected seven Russian banks from the Swift international financial system, but has so far taken care to spare two large financial establishments closely linked to the hydrocarbon sector.

US President Joe Biden, however, assured Wednesday that “nothing is excluded”, in response to a question about a possible ban on Russian oil imports by the United States.

The Russian-Ukrainian dispute came at a time when crude prices were already climbing sharply due to insufficient supply and a strong recovery in demand around the world caused by the lifting, in many many countries, health restrictions imposed to fight the COVID-19 pandemic.

The International Energy Agency’s announcement on Tuesday of the marketing of 60 million barrels drawn from the reserves of its member countries – half of which have been released by the United States – has in no way calmed prices. .

Industrial metals were already caught up in the mad rush, with “supply disruptions from Russia becoming increasingly likely,” said Daniel Briesemann of Commerzbank.

Danish shipping giant Maersk announced on Tuesday the suspension of new orders from and to Russian ports, excluding food, medical and humanitarian goods, due to international sanctions.

“If other shipping companies follow this example, it will become increasingly difficult to export materials from Russia,” the analyst continues.

The ton of aluminum reached Wednesday 3597 dollars on the London market for base metals (London Metal Exchange, LME), a new historic high, when nickel broke a new record since 2011 at 26,505 dollars per ton.

In 2021, Russia was the third largest aluminum producer in the world after China and India, according to data from the World bureau of metal statistics, and exports a large part of its production to Turkey, Japan, China, the United States and the European Union.