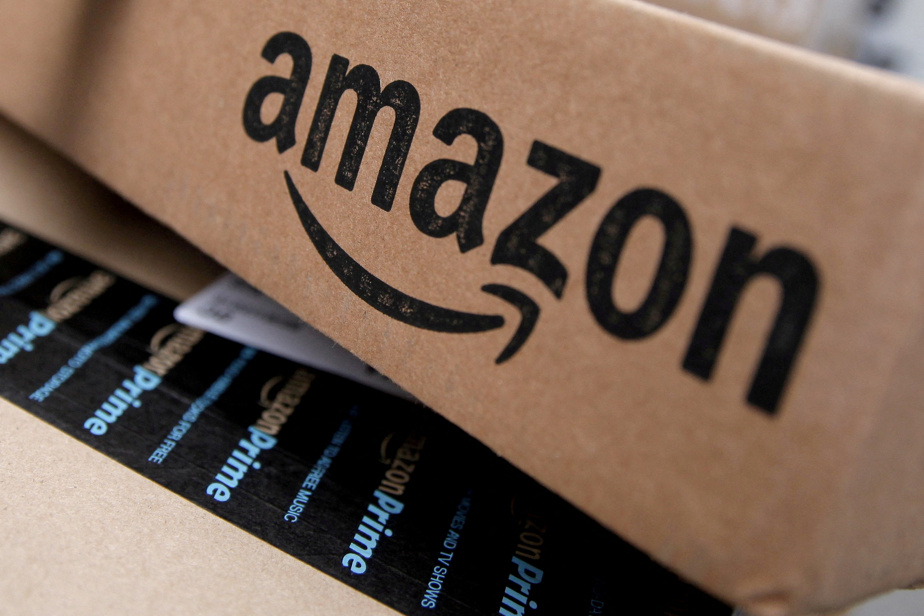 (New York) The American distribution giant Amazon recorded a 9% drop in net profit in the third quarter on Thursday and reported lower-than-expected sales, with forecasts considered cautious for the fourth quarter.

The market reacted very badly to this publication. In electronic trading after the close of Wall Street, Amazon stock fell more than 11%.

Amazon nonetheless returned to profit after two consecutive quarters of losses, with a net profit of $2.87 billion for the July-September period, according to a statement released Thursday.

As for turnover, it increased by 14% over one year, to 127.1 billion dollars, which is double the rate observed in the first and second quarters (7%). It should be noted that revenues were cut by $5 billion due to currency effects and the impact of the strong dollar.

For the fourth quarter, a crucial period of the year for Amazon, as it includes the holiday season, the company nevertheless forecasts anemic growth for its standards, between 2% and 8% over one year.

The group expects an operating profit of between 0 and 4 billion dollars, compared to 3.5 for the same period of 2021.

The deceleration is already palpable for the third quarter.

Even Amazon Web Services (AWS), the remote computing (cloud) business that has so far shown insolent growth and profitability, quarter after quarter, sees its revenues increase more moderately to 27%, against 39% one year ago.

“Macroeconomic uncertainty has led to an increase in the number of AWS customers wanting to control their costs” and thus save on their technology expenses, explained Brian Olsavsky, chief financial officer, during the conference call to present the results. .

On the other hand, the e-commerce platform has returned to the increase in its turnover, after three consecutive quarters of contraction.

Another positive point is the strength of advertising, a sector in which Amazon is a relatively new player, and which posted growth of 25% over one year, which contrasts with the difficulties of other tech giants in this market, such as Meta or Alphabet.

In addition, Amazon has seen its costs increase faster than its turnover, in particular its technological expenditure (+35% over one year), but also sales promotion and marketing (+37%).

Regarding the latter, Brian Olsavsky indicated that the surge was notably due to advertising expenditure linked to the launch of the series. power rings on Amazon Prime Video as well as the broadcast of NFL American football championship games.

“Amazon has built a business model that is sensitive to small variations in volumes and costs,” commented Neil Saunders of GlobalData. “This shows very clearly in the results. »

“The sector is entering a new era, and [Amazon] must think creatively about the levers it needs to push to generate sustainable and profitable growth in the next quarter and beyond,” he added.