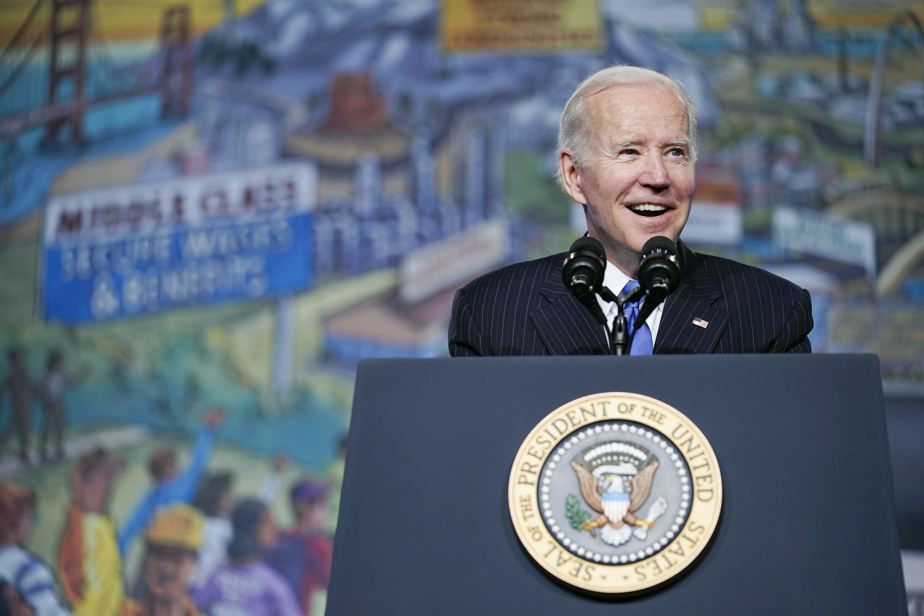 (Washington) US President Joe Biden delivered an energetic plea for unions on Wednesday, reserving a spade for internet sales giant Amazon, where a union has just been set up for the first time in the United States.

“In my view, unions are there to give dignity and respect to hard-working people,” said the 79-year-old Democrat, who regularly praises social dialogue, at a conference bringing together unions from around the world. construction industry in Washington.

Recalling having created a working group at the White House “to ensure that the decision to unionize belongs to the employees and to them alone”, he added, leaning over his desk and displaying a crooked smile: “D Elsewhere, Amazon, we are coming…”

Joe Biden had already hailed the 1er April the creation of a union by the workers of an Amazon warehouse in New York, a first in the United States.

Second employer in this country after the retail giant Walmart, the group of Jeff Bezos had since its creation in 1994 succeeded in repelling the desires of employees wishing to regroup in the United States.