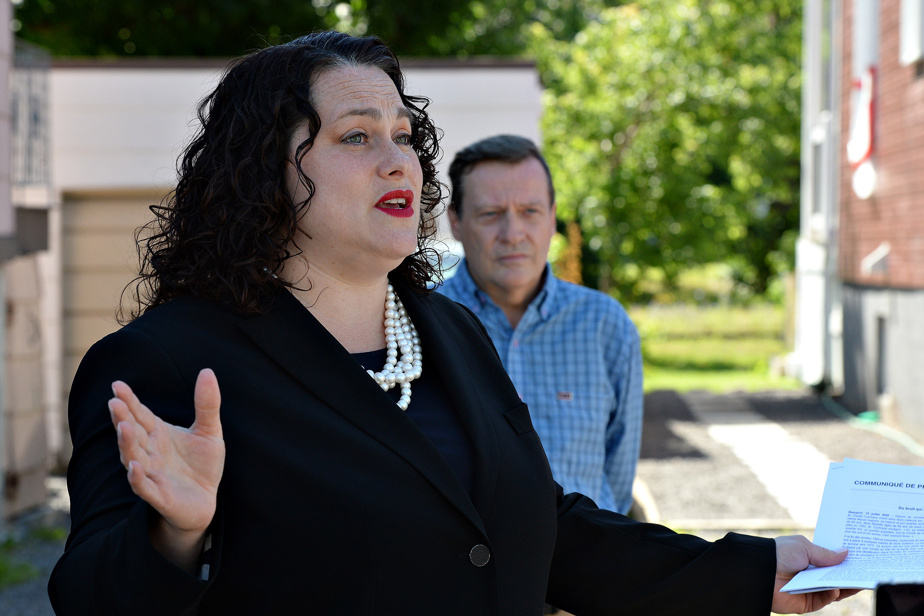 Anti-vaccine lawyer Gloriane Blais was disbarred by the Barreau du Québec this week because of her refusal to submit to a medical examination. The Lac-Mégantic lawyer is the subject of several ethical complaints because of her strong opposition to the vaccine against COVID-19.

It is the ex-lawyer who announced herself on social networks her permanent radiation by the board of directors of the Barreau du Québec. She indicated on Twitter Friday morning that she intended to appeal this decision to the Tribunal des professions.

The Barreau du Québec has confirmed to The Press the radiation of Mme Blais under section 51 of the Professional Code. According to this article, Gloriane Blais had to submit to a medical examination to retain her title. The Bar has not specified the specific reasons that led to such a requirement.

However, a three-page letter from Gloriane Blais to the Barreau du Québec and posted on Twitter by the former lawyer allows us to learn more about this case. Gloriane Blais indicates in this missive that she refuses to submit to a “degrading” psychiatric evaluation imposed by her professional order.

Mme Blais claims in his letter dated February 15 to have presented “explanations imbued with sincerity and mental balance” during two recent hearings. She continues in the missive by castigating this request which undermines her “dignity” and her “physical integrity”. She concludes by referring to her “incontrovertible proof” in connection with the vaccine against COVID-19.

Gloriane Blais has been the target of several ethical complaints in recent months. A hearing is also scheduled for next week in connection with a complaint for “failure to uphold the authority of the courts”. She is also the subject of a complaint for “lack of objectivity, moderation and dignity”.

The ex-lawyer recently made disturbing remarks during a live broadcast with a client on February 7. “I will do everything to defend the interests of children and the genetic background of humanity. […] I won’t let go. I will go all the way and if they kill me, I don’t think they will, but if they kill me, we will know where it came from, because I am not suicidal. I won’t let go, but I don’t think it’s going to happen,” Ms.me Blais.

On social networks, Gloriane Blais has published numerous messages against vaccines and health measures related to COVID-19. She also participated in several demonstrations against health measures.

With the collaboration of Tristan Péloquin, The Press