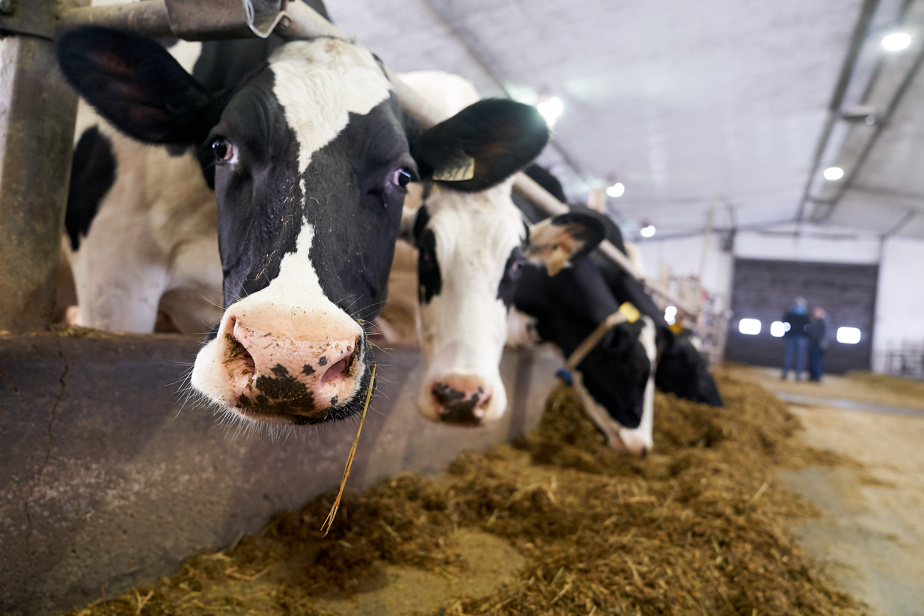 The price of milk at the farm will increase by 2.2% on the 1er February 2023, recommends the Canadian Dairy Commission (CDC). Although minimal, this new increase may have an impact on what consumers will have to pay at the supermarket.

At least that’s what Chantal Paul, director of integrated services at the CDC, acknowledged during a technical briefing session with journalists on Tuesday.

But the price increase for consumers should all in all be limited. According to the president of Les Producteurs de lait du Québec, Daniel Gobeil, who applauded the CDC’s recommendation, the price of 2 liters of 2% milk sold in grocery store fridges could increase by 4 cents.

In Quebec, the retail price of fluid milk is determined by the Régie des marchés agricole, which is not the case for butter, cheese or yogurt. A hearing on this subject should be held in a few weeks.

For its part, the government body which regulates the price of milk at the farm had given its approval to an increase of 8.4% at the beginning of the year 2022. A second of 2.5% in September was then announced. . In the calculations that led to its new recommendation, the CDC took into account the annual variation in production costs (feed, transport, fuel, fertilizer) and the annual variation in the consumer price index. .

“In the past year, producers have been grappling with rising feed costs, fertilizer costs, fuel costs and interest rates,” reads the press release issued by the company. ‘organization. Additionally, disruptions in the supply chain continue to put upward pressure on the cost of inputs. However, investments and productivity gains made on the farm offset some of these increases. »

If this increase is described as “reasonable” by the Council of Quebec Dairy Industrialists (CILQ), the association which notably represents companies producing cheese and yogurt is wondering if its members will be able to “transfer” this increase to the cost to the detail and whether the latter can be applied within a reasonable period of time, that is by the beginning of February.

A concern shared by Luc Boivin, general manager of Fromagerie Boivin. “The problem is really the retail margin. »

“We want retail prices to adjust at the same time. Otherwise, the processor absorbs all of the costs,” adds Charles Langlois, President and CEO of the CILQ.

Adjustment requests must be made several weeks in advance. Mr. Langlois points out, however, that the blackoutthis period between the beginning of November and the end of January when no wholesale price change – between the supplier and the retailer – is accepted, could “harm” its members.

“At the same time, with the holidays, retailers won’t be very available to discuss milk price increases. We always lose a few weeks in discussions with them. »

Although the CCL has recommended two increases in 2022, it is unlikely that the same scenario will happen again in 2023, according to Daniel Gobeil. He does not believe that another increase will be announced in the fall. “The context of 2022 was still exceptional, he maintains. There, we observe a greater stability. The main cost of production on the farm is feeding the dairy cows. These costs have stabilized. »

“If we don’t have an exceptional situation with respect to production costs on the farm, I don’t see why there would be two adjustments,” he adds.

Furthermore, for the first time, the CDC organized an information session with the media to explain its calculation method and reveal the data it used to arrive at its decision to recommend a price adjustment.

“In recent months, Canadians have clearly asked the Canadian Dairy Commission to better explain its role, its processes, on what it bases its decisions,” said the organization’s president, Jennifer Hayes. We recognize and respect this request for openness and we have tried to respond to it. »

Last summer, several industry players said the CDC needed to be more “transparent” to justify its hikes. The Federal Minister of Agriculture, Marie-Claude Bibeau, had even seen fit to issue a call to order to this effect to the Commission. “I ask you to provide the necessary leadership so that the CDC, in keeping with its mandate, responds to the following priorities: review the CDC’s decision-making process regarding milk pricing and ensure clearer and more transparent communication with Canadian consumers and other stakeholders in the dairy sector,” she wrote in June, in a mandate letter sent to Ms.me Hayes.