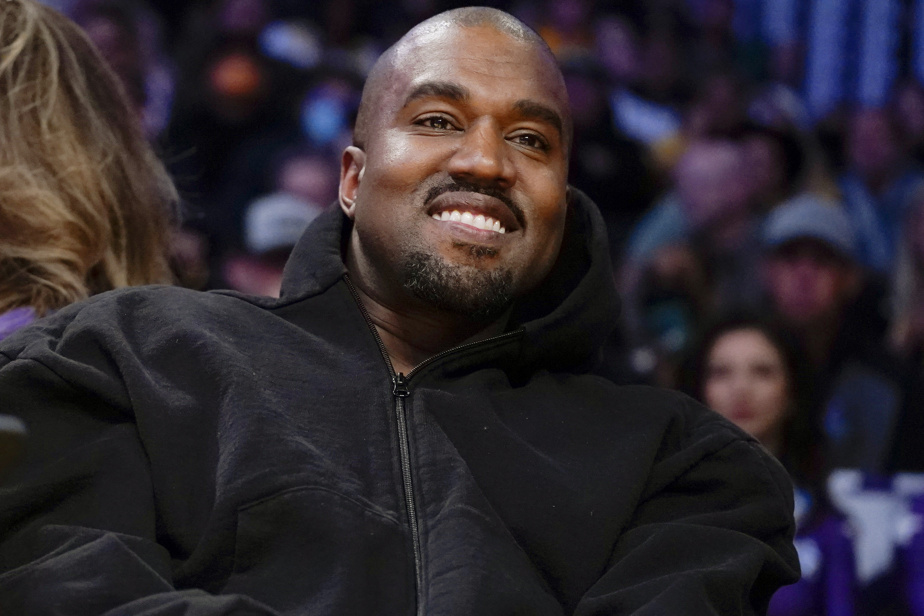 (Berlin) The divorce is pronounced: the clothing brand Adidas has decided to stop its juicy collaboration with Kanye West after remarks of an anti-Semitic nature by the American rapper, who is increasingly sidelined by his business partners.

“Adidas does not tolerate anti-Semitism or any other form of hate speech”, justified the German group in a press release announcing the “immediate end” of the partnership with Ye, the name under which Kanye West is now known.

The sports equipment manufacturer will also “end the manufacture of products” from the rapper’s Yeezy brand.

The collaboration between Adidas and the American star has long been one of the most successful in the fashion world.

Relations between the two partners had deteriorated significantly in recent months in connection with the various escapades of the star.

Ye was suspended from Twitter after tweeting that he was going to attack Jews in a post that the social network has since deleted for breaking its rules. He was also suspended from Instagram.

Adidas had already indicated in early October that it wanted to reassess its relationship with Kanye West.

The rapper had appeared a few days earlier wearing a t-shirt crossed out with the slogan “White Lives Matter” during a fashion show in Paris.

This slogan, used by the American far right, diverts the name of the “Black Lives Matter” movement, which campaigns against racism against African-Americans.

“Danger for the Jews”

Many voices were raised to call on Adidas to come out of its silence.

“As a German company, I expect a clear attitude from Adidas on anti-Semitism,” asked Josef Schuster, president of the Central Council of Jews in Germany. The founders of Adidas were members of the Nazi Party.

“Your silence is a danger to Jews,” tweeted Jonathan Greenblatt, chief executive of the Anti-Defamation League, an NGO fighting anti-Semitism.

On Monday, the CAA agency representing Kanye West, one of the most important in Hollywood, indicated that they were ending their collaboration.

The production company MRC has for its part canceled a documentary yet already completed on the rapper.

“We cannot support any content that expands its audience,” the company said, as quoted by the Los Angeles Times.

Other entertainment industry figures, including Ari Emanuel, president of Endeavor, another California agency, called on all companies collaborating with the rapper to do the same.

“Those who continue to do business with Kanye West are giving his misguided hatred an audience,” Ari Emanuel wrote in the Financial Times. “There should be zero tolerance anywhere for Kanye West’s anti-Semitism. »

Last week, the fashion house Balenciaga broke with the artist.

Kanye West, who says he has bipolar disorder, was banned from posting on Instagram for 24 hours in March amid his acrimonious divorce from American star Kim Kardashian.

“Hate speech is never acceptable or excusable,” his ex-wife wrote on Twitter and Instagram on Monday, without mentioning the name of the father of his children.

Along with Beyoncé, Stella McCartney and Pharrell Williams, Kanye West was among the celebrities with whom Adidas has partnered to appeal to customers in the lifestyle segment.

The announced end of the Yeezy collection will have “a negative impact of up to 250 million euros on the company’s net income in 2022”, warned the group.

Adidas recalled being “the sole owner of all design rights for existing products […] as part of the partnership”, anticipating a possible legal battle to come.

Sales of the now famous high-top sneakers topped $1 billion in 2019, according to Forbes magazine.

The separation with the rapper is a new blow for the German equipment manufacturer, which has already lowered its annual objectives, due to a turnover weighed down by the zero COVID-19 policy in China and the decline in power. buying in Western markets.

On the Frankfurt Stock Exchange on Tuesday, the Adidas title lost nearly 4% at midday.