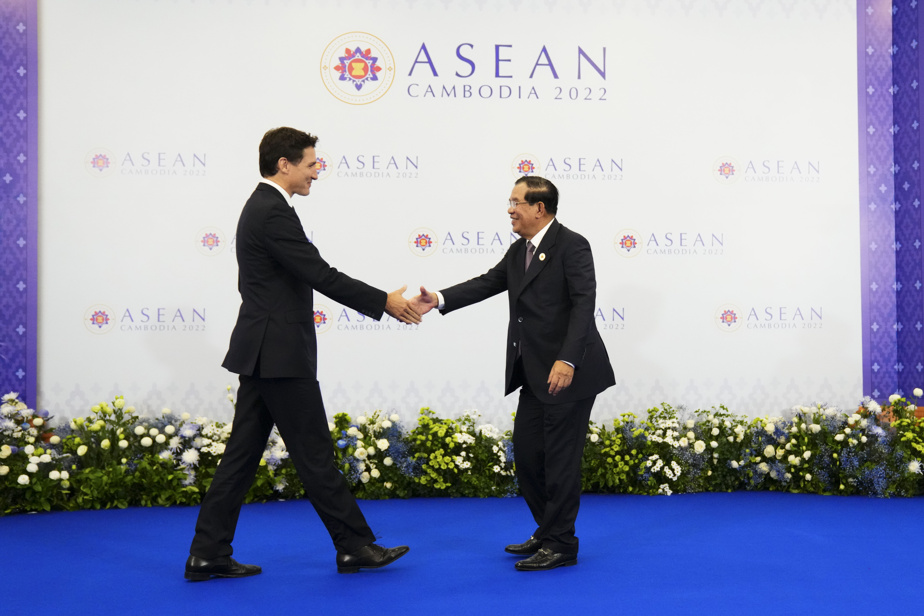 These investments total $990,000. Trudeau made the announcement on the final day of the Association of Southeast Asian Nations (ASEAN) summit in Cambodia.

This funding is intended to support activities aimed at clearing mines laid during civil wars and unexploded US bombs during conflicts in this region of the world.

“When mines are removed from land, people are safer. Children can play. We can cultivate this land or exploit it”, declared Mr. Trudeau at the end of a round table on the role of women in peace and security.

Canada has been trying to convince the countries of this region to stop manufacturing and using this type of weapon for several decades. It has subsidized mine clearance activities since the 1990s. The 1997 Ottawa Convention which aimed to prohibit the use, stockpiling, production and transfer of anti-personnel mines and their destruction has been signed by many countries.

The pledged money will help build Laos’ demining capacity, through the establishment of comprehensive clearance standards and the recruitment of personnel, as well as training and supervision. It will also help fund civil society groups such as Cambodia Self-Help Demining in Cambodia.

Bill Morse, a former US soldier who fought in the Vietnam War who helped form the group, says Trudeau’s announcement goes against a widespread belief that landmines are no longer a problem .

“Canada’s commitment to continue funding these operations when everyone else is ending their grants is a step in the right direction,” he said.

According to him, Cambodia could have eliminated all mines by 2025 if local organizations have enough resources.

Mr. Morse says landmines kill about 50 people a year in Cambodia, a big improvement from the 1990s when casualties numbered in the thousands.

“If 50 people were victims of mines across Canada, we would send all the money available to the Canadian Army to eliminate these weapons. »

Mines are still used today, as is currently the case in Ukraine. Cambodian groups trained Ukrainians for demining operations.

According to Mr. Trudeau, this is a “beautiful example of the ways in which a country can recover and learn from the past”.

Earlier, Trudeau had met with ASEAN Secretary General Dato Jock Hoi Lim, who praised him for making Southeast Asia the focus of Canada’s future strategy for the Indo-Pacific region.

He also met with the President of the Philippines Ferdinand Marcos Jr.

He also visited the Tuol Sleng Genocide Museum on the crimes of the Khmer Rouge regime, committed between 1975 and 1979.

“We must remember the capacities of human beings to do evil, to forget or ignore the part of humanity that we all have,” said Mr. Trudeau.

Mr. Trudeau also said that the abuses committed against the Uighur minority by China can be likened to genocide, but it is the international experts who will have to make the distinction at the end of the ongoing investigations.

The House of Commons adopted a report by the Standing Committee on Citizenship and Immigration in October saying that “Uyghurs and other Muslims in China face ongoing genocide.” The members of the Council of Ministers abstained during the vote.

Mr. Trudeau will head to Indonesia on Monday where he will take part in the G20 summit.