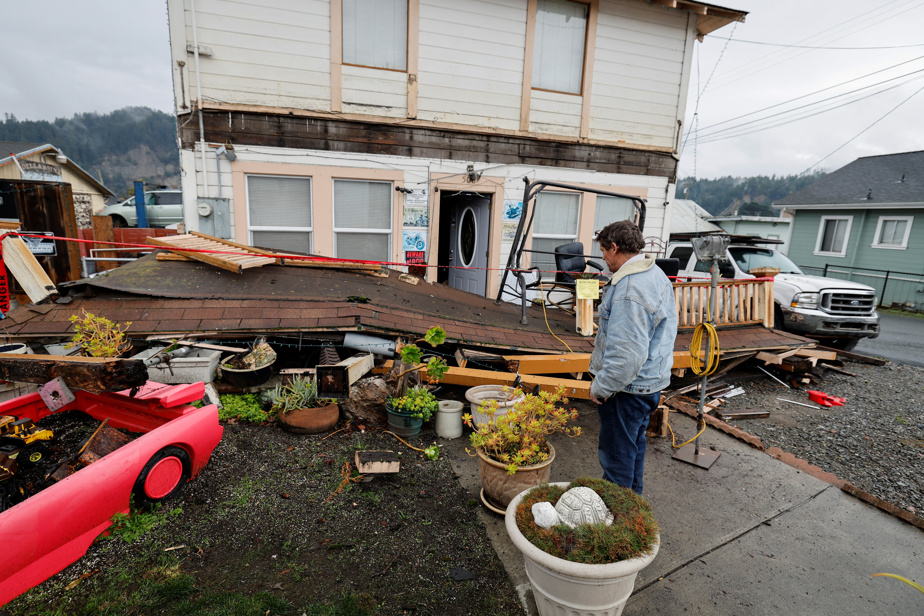 (San Francisco) At least two people died Tuesday in northern California, after a powerful earthquake off the American coast, which caused landslides and knocked out the electricity of tens of thousands of people.

The 6.4-magnitude earthquake happened overnight about 40 kilometers southwest of the port city of Eureka in Humboldt County, according to the United States Institute of Geophysics (USGS). .

In this area located more than four hours drive from San Francisco, “two people died in medical emergencies that occurred during and / or just after the earthquake,” the county said in a statement, without further details.

Eleven people were also injured, according to the county.

The tremor also caused significant material damage and more than 74,000 homes and businesses remained without electricity at midday, according to the specialized site PowerOutage.

“Damage assessment is ongoing,” but the quake has already inflicted “significant damage,” including to gas and water lines in the area, according to the local sheriff’s office.

The quake cracked a road leading to the small town of Fernbridge, according to photos posted to Twitter by Dania Romero, a local KAEF television reporter.

Several photos and videos on social media show house windows shattered, objects knocked over by the shaking, and a supermarket shelf littered with products falling off the shelves.

Rockfalls and small rockfalls also occurred along a highway that connects Humboldt County to central California.

This western American state is regularly shaken by earthquakes. According to seismologists, it is almost certain that an earthquake capable of causing widespread destruction will hit California within the next 30 years.