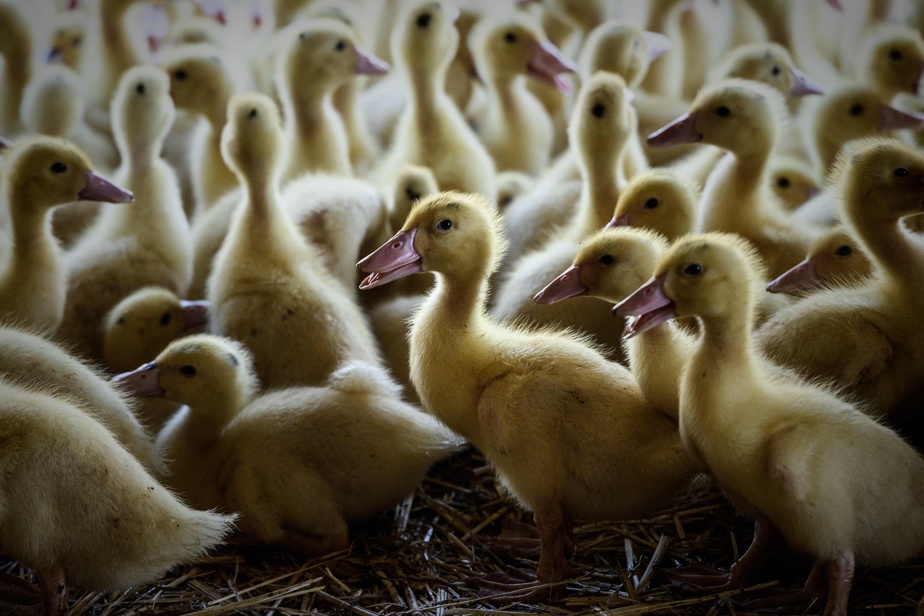 At least one poultry flock in Quebec is possibly already affected by highly pathogenic avian influenza (HPAI), of the H5N1 subtype, revealed the Canadian Food Inspection Agency (CFIA) in a technical briefing Monday.

“Over the past two weeks, additional detections have ensued in Ontario and Alberta, and a possible case in Quebec,” the document presented by the CFIA reads.

Agency officials said they could not comment further while the situation is under investigation.

In Canada, a first farm was affected last December in Newfoundland and Labrador, and others followed in Nova Scotia, Ontario and Alberta.

“The virus has spread rapidly since the first reports of detection in wild birds,” the CFIA said.

Quebec confirmed the first three cases of H5N1 detected in wild birds in the province on April 4.

A case was confirmed in Granby, on a Canada goose. The other two were found in Saint-Jean-sur-Richelieu and Saint-Isidore-de-Laprairie, in Montérégie, on snow geese.

There is no treatment for affected birds, and mortality on farms is high, the CFIA said.

When cases are detected on farms, the CFIA can impose quarantine, control movement and begin “humane” culling of infected birds to prevent the spread of the disease, the agency said.

Monday midday, the CFIA page listing confirmed cases of avian influenza still did not show any cases in Quebec.

“This is an unprecedented year for avian influenza globally,” recalled the CFIA, referring to the “significant and sustained spread in Europe, Asia, Africa and North America”. In the United States, commercial farms and small domestic flocks have also been “seriously affected”.

In Ontario, the Ministry of Agriculture, Food and Rural Affairs challenged owners of urban hens and small flocks of poultry on Twitter Monday morning to encourage them to “deploy biosecurity measures”.