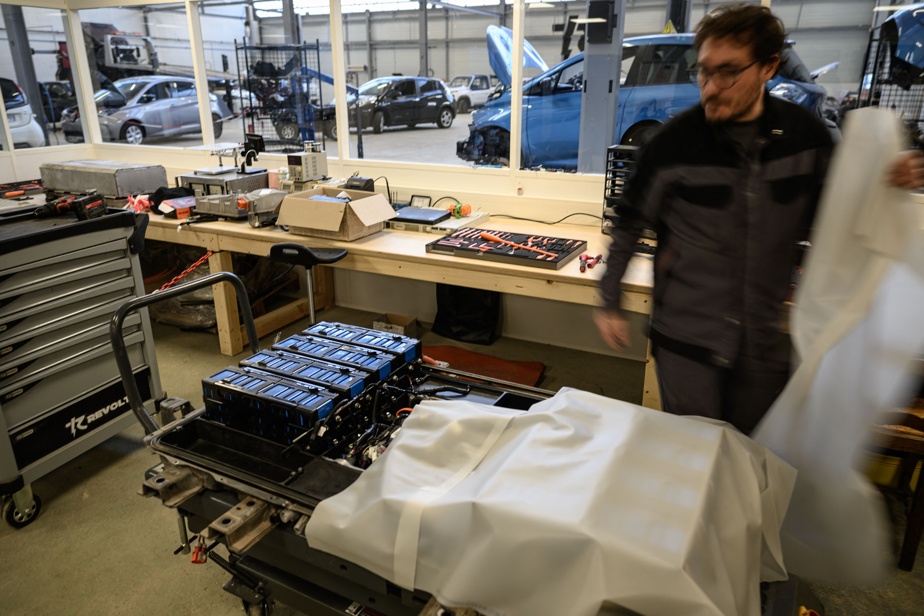 Ottawa must hit back at the Biden administration if it wants to be more than a supplier of critical minerals to the North American battery chain. Billions in grants offered south of the border risk bypassing projects and stealing the spotlight from investors, according to a report prepared by senior federal officials obtained by The Press.

The threat has a name: the Inflation Reduction Act (IRA), this law adopted by the Biden administration endowed with an envelope of 370 billion US dollars to support projects aimed at combating climate change. Anything related to the production of batteries for electric vehicles is eligible for assistance.

“The measures appear to have the potential to shift some investment from Canada to the United States,” writes the document produced by the Privy Council Office – whose role is to provide non-partisan advice to the prime minister and the cabinet – which has was prepared last September.

Since then, the Trudeau government has acknowledged that the IRA is a threat, but it is unclear exactly how the response will be articulated.

Several passages of the document are redacted. It is unclear whether projects deemed at risk are identified. The battery sector has taken shape in Canada with the announcement, over the past 10 months, of projects totaling more than $15 billion. They concern the extraction and transformation of critical minerals (lithium, graphite, nickel, etc.), the manufacture of battery components, the assembly of batteries and recycling. Quebec got its share of the pie with the chemical giant BASF and the joint venture formed by General Motors and Posco, which will produce cathode materials – the main component of a battery – in Bécancour.

However, these investments were announced before the American offensive. This new policy constitutes a “significant change” compared to the traditional ways of doing things, where it is the States that provide the financial support. This time, Washington is intervening directly.

“For Canada, the concern is that we could lose the part of the chain with the highest added value,” warns the Privy Council Office.

Highlights of the Inflation Reduction Act

North America and Europe are scrambling to reduce their dependence on China, the leading producer of many components and materials used in battery production.

So far, the Trudeau government has been able to ensure that electric vehicles assembled in Ontario are eligible for the purchase rebates offered by the IRA. We must now look at the battery sector, says Richard Ouellet, specialist in international law and professor at Laval University.

“Americans want the critical minerals from their Canadian friends, but they want to keep the added value,” he says. We may say that we are green with our renewable energy, but the fact remains that the United States has gone all out. »

In Ottawa, we are trying to calm things down. By e-mail, Laurie Bouchard, spokesperson for the Minister of Innovation, Science and Industry, François-Philippe Champagne, points out that “since the announcement of the IRA , we continued to see investment.” Mme Bouchard gives the example of Volkswagen, which is evaluating the places that can accommodate its battery factory in Canada.

“The situation will be different for a company that is not an automobile manufacturer and that intends to sell its batteries to different customers,” said Mr. Ouellet. In this scenario, the company would have every interest in establishing itself in the United States. »

According to a government source who is not authorized to speak publicly, Ottawa could, on a case-by-case basis, follow suit in the United States. However, this person did not confirm whether we would go so far as to finance the operating expenses of certain producers, as a recent report by Radio-Canada suggests.

Mr. Ouellet believes that Canada “doesn’t really have a choice to get into a subsidy war” since the North American battery industry is in its infancy.

“We have to make sure that the factories will be built here because they will be more difficult to move later,” says the expert.

The Trudeau government’s response could come in the federal budget to be tabled in 2023.

With William Leclerc, The Press