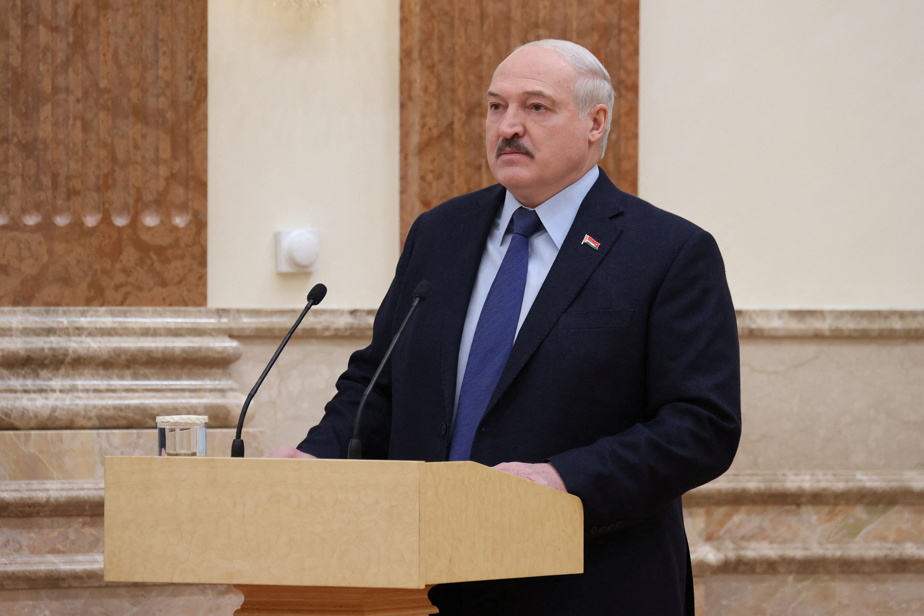 (Moscow) Belarusian President Alexander Lukashenko announced on Tuesday that he had ordered the deployment of additional forces in the south, on the border with Ukraine, on the sixth day of the Russian invasion in this country.

Helicopters and military planes, deployed in Gomel, Baranovichi and Lounints, currently ensure the security of this border between two former Soviet republics, declared Mr. Lukashenko, during a meeting of the Belarusian security council, according to the agency. public press Belta.

He advocated the deployment of “five battalion tactical groups to protect this direction” south, these groups usually comprising hundreds of soldiers, equipped with armored vehicles and artillery weapons.

Ally of Moscow, Mr. Lukashenko, 67, who has ruled Belarus with an iron fist since 1994, however assured that his country was not going to participate in the offensive in Ukraine.

He also advocated the deployment of additional forces on the border with Poland, in the west, to protect Belarus from a possible NATO attack.

“Under no circumstances should an invasion by NATO forces be allowed on Belarusian territory or their slightest operation on our territory,” Lukashenko stressed.

He said he had asked Russian President Vladimir Putin for an additional delivery of Russian S-400 anti-aircraft systems, which are already deployed in the Gomel region (south), to install them on the western border of Belarus.

For her part, the leader of the Belarusian opposition, a refugee in Lithuania, Svetlana Tikhanovskaya, announced overnight that she was launching an “anti-war mobilization” in Belarus.

“We must stop looking at Belarusians as aggressors,” she said on Telegram messaging, calling on the Belarusian military either to “refuse to participate in the war, or to go immediately to the side of the Ukrainians “.

Ukraine has been facing a Russian invasion since February 24. Moscow’s forces entered it from their own territory, from annexed Crimea, as well as from Belarus, where Russian soldiers had been deployed for several weeks, officially for “exercises”.

According to Minsk, no Belarusian military is taking part.

According to Kiev, Russian forces are using Belarusian territory in their attack on Ukraine.