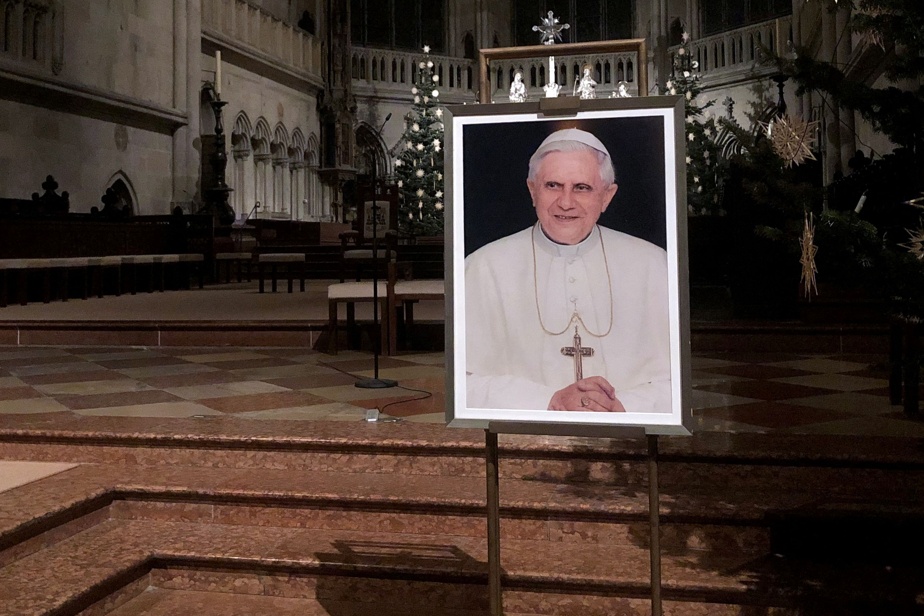 (Vatican City) The 95-year-old ex-Pope Benedict XVI, whose health has deteriorated in recent days, is in “stationary” condition, the Vatican said on Friday.

“Currently, his condition is stationary,” Vatican press service chief Matteo Bruni said in a brief statement. “Last night, the pope emeritus was able to rest well. And [jeudi] afternoon he participated in the celebration of Mass in his room,” he added.

Pope Francis announced on Wednesday that his predecessor was “seriously ill” and that he was praying for the one whose resignation in 2013 for health reasons took the world by surprise. A mass for him must also be celebrated Friday at the end of the afternoon at the basilica of Saint-Jean-de-Latran, in Rome.

“His health deteriorated about three days ago. It is his vital functions that are failing, including the heart, ”a Vatican source told AFP, adding that no hospitalization was planned, the residence of Benedict XVI having the necessary medical equipment.

Francis himself visited Benedict XVI on Wednesday at the Mater Ecclesiae monastery, the residence of the pope emeritus located in the heart of the Vatican gardens.

Joseph Ratzinger has appeared increasingly fragile in recent months, moving around in a wheelchair, but continuing to receive visitors. The photos of his last visit received, dating from 1er December, show a frail and visibly weakened man.

On the last public video of Benedict XVI, released by the Vatican in August, we also see a thinner man, equipped with a hearing aid, no longer able to speak, but with still lively eyes.

Benedict XVI, whose eight-year pontificate (2005-2013) was marked by multiple crises, was overtaken at the beginning of 2022 by the drama of pedocrime in the Church.

Questioned by a report in Germany on his management of sexual violence when he was Archbishop of Munich, he came out of his silence to ask for “pardon”, but assured that he had never covered up a child criminal.