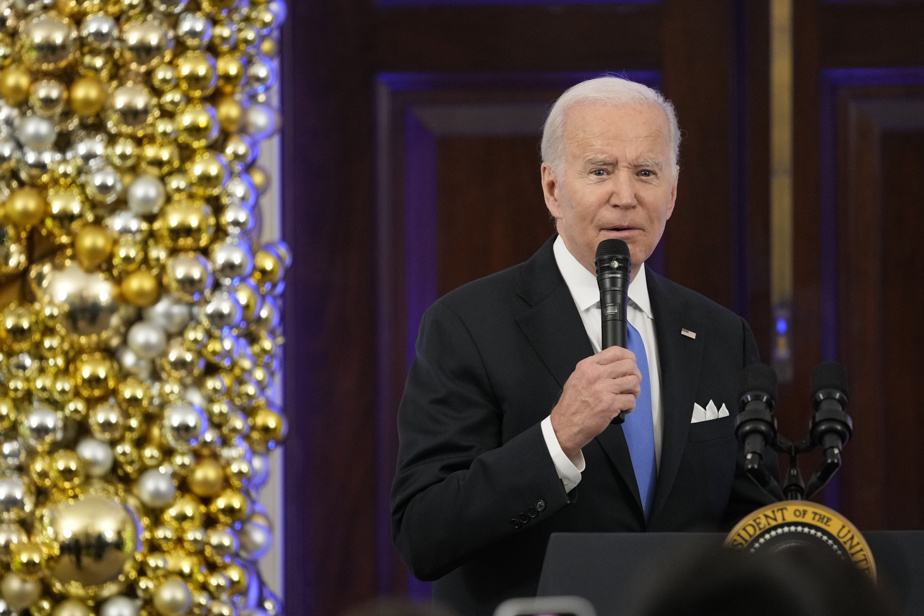 (Washington) Joe Biden promised Monday that he would not “stay silent” in the face of rising anti-Semitism, by hosting a reception at the White House on the occasion of the Jewish holiday of Hanukkah.

“I understand your fear, your pain,” said the American president to his guests, in front of a traditional Jewish candlestick, a menorah, which the White House acquired this year.

“To remain silent is to be complicit,” he further declared.

Guests included Holocaust survivor Bronia Brandman and rabbi Charlie Cytron-Walker, who served at the Colleyville Synagogue in Texas when it was the scene of an attack. hostages last January.

According to the American organization for the fight against anti-Semitism Anti-Defamation League, in 2021 the United States experienced a record number of 2,717 anti-Semitic acts (assaults, verbal attacks, material damage, etc.), an increase of 34% over a year.

Experts are concerned to witness a trivialization of anti-Semitic rhetoric, relayed by personalities such as rapper Kanye West, who for example recently launched several times: “I love Hitler. »

Former President Donald Trump, for his part, sparked a wave of indignation for having organized a dinner at his home in Florida attended by a white supremacist, Nick Fuentes, who questioned the reality of the Holocaust.