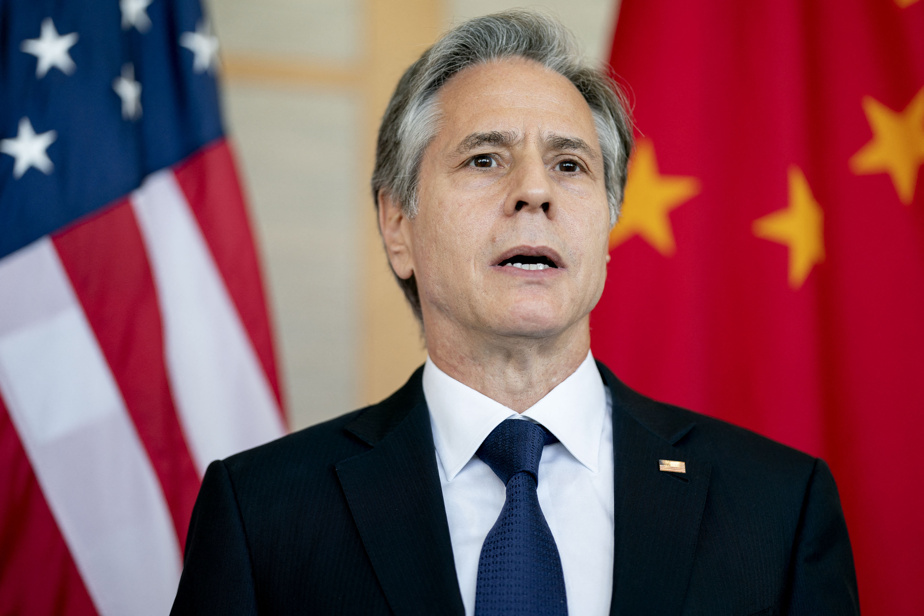 (Washington) The head of American diplomacy Antony Blinken will visit China on February 5 and 6, an American official said on Tuesday, confirming a trip intended to ease the strong tensions between the United States and the Asian giant.

Mr. Blinken’s trip, which will be the first at this level since that of his Republican predecessor Mike Pompeo in October 2018, was announced on the sidelines of a meeting in mid-November in Bali, Indonesia, between US President Joe Biden and his Chinese counterpart Xi Jinping during which the two leaders called for calm.

The dates, however, had not been officially communicated.

Mr. Blinken will arrive on the 5th in Beijing and will also have talks on the 6th during this trip intended to try to ease tensions with the main diplomatic and economic adversary of the United States, said the American official on condition of anonymity. .

No indication has been given of these talks, but he should meet at the very least with his Chinese counterpart Qin Gang, former ambassador to Washington.

The move comes despite concerns over the outbreak of the COVID-19 pandemic in China which Beijing says has reached its epidemic peak.

Speaking at a press briefing on Tuesday, Chinese Foreign Ministry spokesperson Wang Wenbin welcomed Mr. Blinken’s upcoming visit to China, noting that “the United States and China are communicating on details” of the visit.

“China pursues US-China relations based on the three principles of mutual respect, peaceful coexistence and win-win cooperation,” he added, saying he hopes the two countries “return a relationship that be healthy and stable.

Taiwan, North Korea, South China Sea, semiconductors: there are many contentious issues between the two world superpowers while Washington has made China its long-term strategic priority.

Tensions peaked last August after then-Speaker of the House of Representatives Nancy Pelosi visited Taiwan, an island that Beijing considers to be its territory.

Beijing then launched maneuvers on an unprecedented scale.

Last week, the US Secretary of State argued that one of the purposes of his visit will be to keep communication channels open with Beijing.

“What we don’t want is for a misunderstanding to turn into a conflict”, he said, referring to the desire for “responsible management of this relationship” and possible areas of agreement such as on the climate deregulation.

“We are not looking for conflict. We will manage this competition responsibly, but we will compete vigorously,” he warned.

A high-level US delegation visited Beijing last month to prepare for the trip.

In addition, the two countries’ top economic officials, US Treasury Secretary Janet Yellen and Chinese Vice Premier Liu He, are due to meet in Zurich on Wednesday.

The exchange planned in the Swiss city, during the week of the Davos forum, will be the first physical meeting between these two senior officials since taking office, after three exchanges carried out remotely, said a US Treasury official.

They will “exchange views on macroeconomic developments as well as other economic topics, and intensify communication between China and the United States”, he added.

Over the past three years, the rivalry between the world’s two largest economies has intensified as China has grown in power and assertiveness, sparking growing fears in the United States.

On the diplomatic front, the head of American diplomacy already indicated at the end of December that he would ask Beijing in particular to push North Korea to take part in negotiations while Pyongyang is increasing its ballistic missile tests, which is of further concern. plus South Korea and Japan.