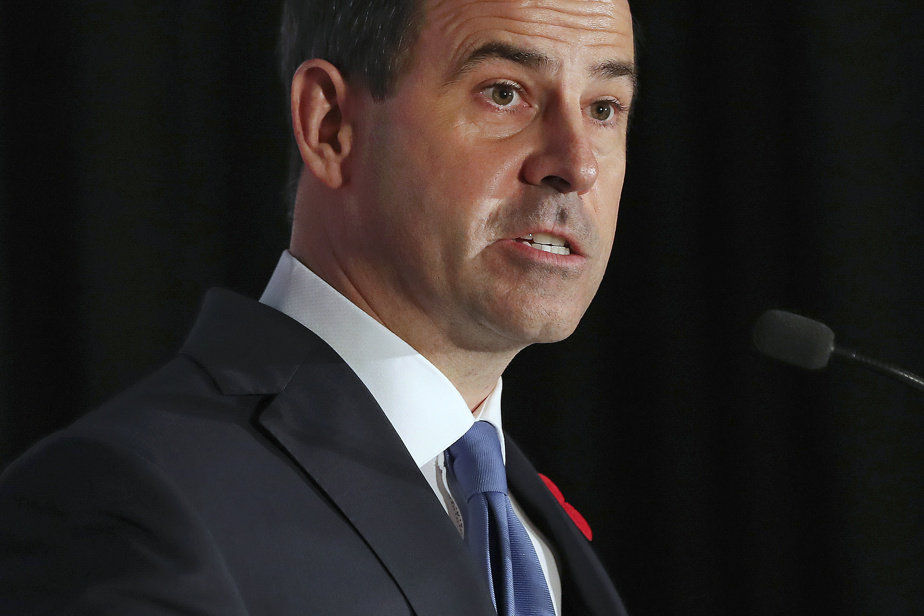 Bank of Montreal (BMO) Chief Executive Darryl White made a plea for immigration and defended Canada’s oil sector, but he didn’t address the hot topic in the financial industry: the rise in interest rates, during a speech in Montreal, Wednesday.

The economy of Quebec needs the contribution of immigration to continue to grow, pleaded the big boss of the BMO during a speech before the Canadian Circle. “Without this, we will perpetuate the fact that, compared to the rest of Canada, the population of Quebec is aging. In Quebec, there are [en proportion] now more people over 65 and fewer people under 20 than in all of Canada. »

Mr. White pointed out that immigration sets Canada apart. With population growth of 1.8%, Canada’s population posted the strongest growth of the G7 countries.

The banker declined to answer questions from the media after his speech. What does BMO think of the Legault government’s immigration policy, which provides for immigration thresholds of 50,000, while business organizations such as the Conseil du patronat believe that the thresholds should be raised to around 100,000 people? ?

The president of the BMO for Quebec, Grégoire Baillargeon, did not want to comment, during a scrum. “I will not comment on the government figures. »

The speech coincided with the day the Bank of Canada announced that it was raising its key rate by 50 basis points. Mr. White did not address the topic of the hour and his right-hand man in Quebec said he did not want to comment on the topic.

The Bank of Montreal announced in a press release that it was following the Bank of Canada by raising its prime rate from 5.45% to 5.95%. This has the effect of increasing the cost of borrowing for consumers.

The rise in interest rates is favorable to the banking sector by allowing it to increase banks’ margins on loans. However, this same increase represents a risk, as household finances are tighter.

“The Bank of Montreal has one of the smallest exposures to the residential real estate market in Canada,” said Eric Compton of Morningstar. We believe this risk is manageable. »

“If there are uncertainties about household debt, we see them as a threat to future growth, not an existential risk to the Canadian banking system,” added the analyst.

When releasing BMO’s latest results in August, chief risk officer Patrick Cronin said rising interest rates could have an upward effect on loss provisions. “We anticipate that the rise in interest rates will affect households when they go to refinance or renew their mortgage, which could lead to an increase in payment defaults,” he said during a conference call with the analysts.

In his presentation, Mr. White came to the defense of the oil sector, necessary according to him to ensure the energy transition. “It will take more investment in scalable renewable sources, but also ensuring that we support carbon-intensive sectors to help them reduce their emissions. »

Jokingly, Mr. White addressed the controversy surrounding the affixing of the Royal Bank (RBC) logo to the Montreal Canadiens jersey. Greenpeace had criticized this decision, denouncing the fact that the institution finances hydrocarbons.

“Canada has a lot of things working in their favor, even though we now have a team with the wrong logo on their jersey,” the banker said, drawing laughter from the crowd.