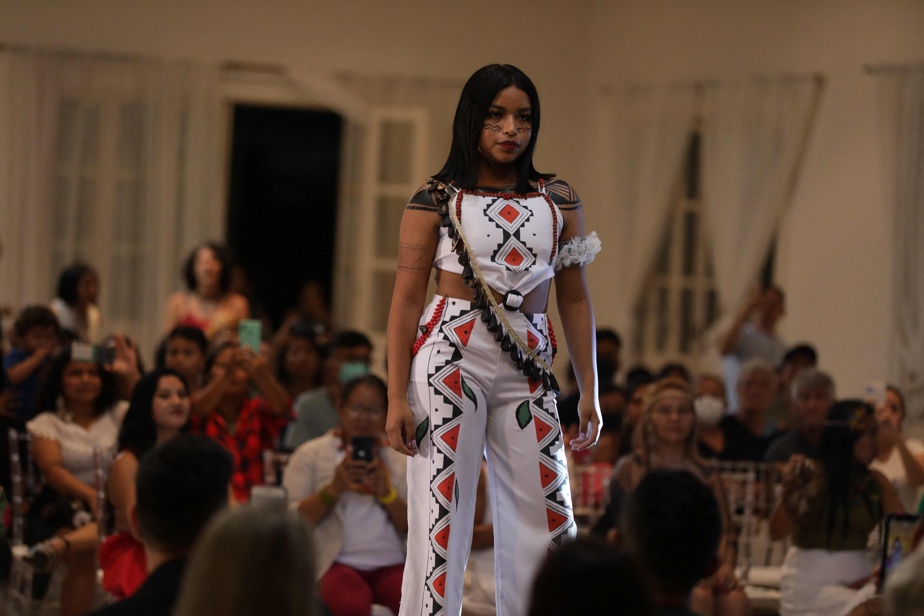 (Manaus) Proudly sporting their majestic feathered headdresses, models sing an ode to the rain, while makeup artists draw black lines on their faces, arms and thighs, during the first indigenous fashion event ever organized in Brazil, in Manaus.

“It’s a feeling of happiness and pride. As it’s the first time, we really want to show our talent, our know-how in sewing and craftsmanship. Show the world that indigenous people can be successful too” in fashion, says 19-year-old model Moan Munduruku.

He is one of 37 models from 15 indigenous peoples, men and women, to participate in the first-ever edition of the Intercultural Indigenous Fashion Expo.

The parades show the creations of 29 indigenous designers throughout the month of April, in Manaus (north), the largest metropolis in the Amazon.

“It’s a form of resistance, a way to overcome stereotypes,” says Reby Ferreira, 27, organizer of the event.

“Here in Manaus, unfortunately, many people are ashamed or even afraid to admit that they have indigenous blood. Our goal is for everyone to feel included and for us to be able to show our culture to the whole world through these clothes,” she adds.

Peccary teeth (a kind of wild boar from the Amazon), red guarana or acai seeds, coconut shells: designers use natural elements for their confections.

On the fabrics, we find the same geometric patterns as on the body paintings, some representing rites of passage of young natives.

“My outfit evokes the ritual of the young girl, of the Ticuna people, with the straw of the house where she must gather during this ritual”, explains Kimpuramana, 17-year-old model and stylist, wearing a white dress decorated with stripes interlocking black diagonals.

On the catwalk, before each model takes off, a presenter reveals her ethnic origin and what the clothes and accessories symbolize.

On Saturday, the parades took place at the Rio Negro Palace, a building built at the beginning of the 20th century, during the golden age of rubber, and now transformed into a cultural center.

“I feel privileged to have been able to attend such an event in this place. Usually, we are excluded from this kind of place. Today I can see my people telling their story through fashion,” says Bianca Mura, 24-year-old indigenous novelist.

While these parades take place in Manaus, thousands of indigenous people gather 3500 km away, in the capital Brasilia, on the occasion of the great annual encampment “Terra Livre” (free land), to defend their rights and protest. against the government of Jair Bolsonaro.

The far-right president is in favor of opening up existing indigenous reserves, already hard hit by deforestation, to mining or agricultural exploitation.