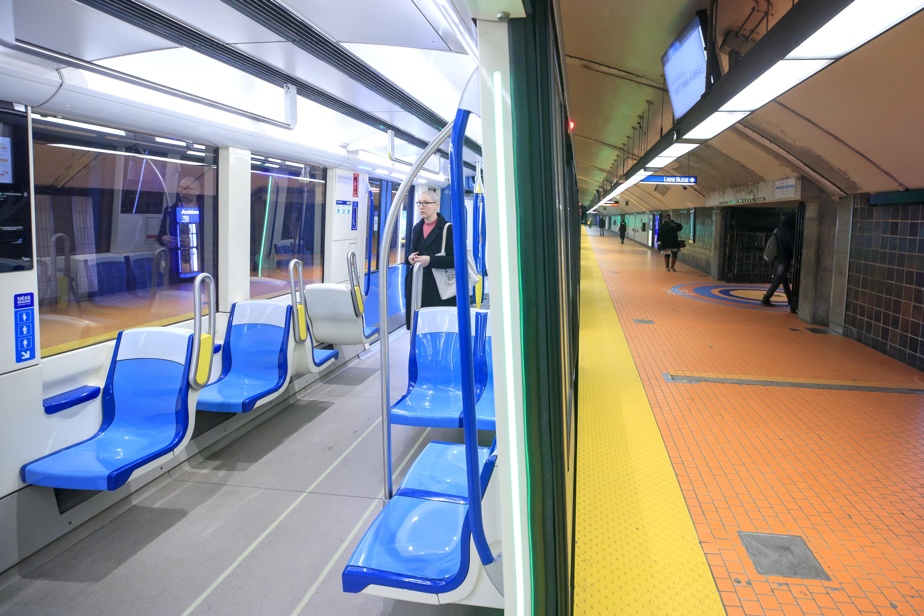 A budget varying between 5.8 and 6.4 billion will ultimately be devoted to the extension of the blue line, which has been the subject of government commitments for more than 30 years. The authorities believe that this time is the right one, while savings of around 1.1 billion have been generated in recent months.

This was confirmed by the Minister for Transport and responsible for the Metropolis, Chantal Rouleau, the Mayor of Montreal, Valérie Plante, and the Canadian Minister of Heritage and Lieutenant for Quebec, Pablo Rodriguez, during a conference joint press briefing in the afternoon. “I assure you that this time is the right one. The citizens of the East have been waiting for it for too long and patience obviously has its limits. […] The time has come to get to work,” said M.me Roller.

The Legault government will initially pay $577 million in cash, then other sums will be added later. Ottawa, for its part, has already announced that it will inject $1.3 billion into the project.

In April, Quebec City, which was then worried about the “unacceptable” increase in costs related to the extension of the blue line, had set up an action group whose mandate would be to determine, within three months, the best strategy to carry out the project on time and within budget.

So far, the blue line project office estimates that it has generated up to 1.1 billion in savings in recent months, including the construction of the Anjou station under Highway 25 and not to the west, as it was initially planned, in order to minimize the expropriations that will have to be made at the Galeries d’Anjou. “The members of the group have done a remarkable job. I consider it mission accomplished,” said Ms.me Roll on this.

At her side, Mayor Plante, however, reminded us that we will have to go further, as Montreal remains “in catch-up mode” in public transit. “Since 1988, no station has been inaugurated on the island of Montreal. 34 years is a long long time. Throughout the world, other major cities have continuously developed their public transport. […] We must continue to invest and develop the network,” she said, while disputes still exist between CDPQ Infra and its administration on the Eastern REM.

His administration will extend 300 million to support urban development around the route. Mme Plante estimates that between 12,000 and 13,000 homes could be built along the route. It is not yet known what the distribution of these dwellings will be, by type or by location. “We are in the process of delivering a heritage for sustainable mobility in Montreal”, reacted the chairman of the board of directors of the Société de transport de Montréal (STM), Éric Alan Caldwell, speaking of a future “powerful lever social and economic development”. ”

Quebec plans to launch in the coming months, or even weeks, a “qualification notice” for the use of a tunnel boring machine to dig the metro tunnel that will connect Anjou to Saint-Michel. It will take about 18 months to start work with the tunnel boring machine, once the call for tenders has been completed. The final delivery schedule for the extension is still set at 2029.

A series of measures will also be taken to reduce costs, including reducing the number of elevators, escalators or secondary entrances, as recommended by the task force last summer. However, the scenario remains at five stations, even if a four-station hypothesis had been circulated by eliminating the Viau station. This option was ultimately not retained. Going from Jean-Talon station to Anjou station will take 15 minutes, on average.

Incentive parking will also be removed in Anjou, to generate other significant savings. However, two additional bus terminals will be built along the metro line. An interconnection is also planned with the SRB Pie-IX and the REM de l’Est. The Le Boulevard shopping center, at the intersection of Jean-Talon and Pie-IX, will be able to maintain its operations, but will be redeveloped.

To date, the “maximum budget” planned for the project is 6.4 billion. An “adjustment” of 600 million is planned depending on interest rates and indexation “in the context of the overheating of the market and inflation”. About twenty sites should be expropriated. Of these twenty sites, 30% of acquisitions have already been completed, while 50% of acquisitions are “in progress”. The remaining 20% ​​is to come.

In June 2019, Quebec had approved a budget of 4.5 billion for the extension of the blue line. An official announcement had even taken place in July 2019, with Prime Minister Justin Trudeau. But the bill had continued to swell since, due to the cost of expropriations.