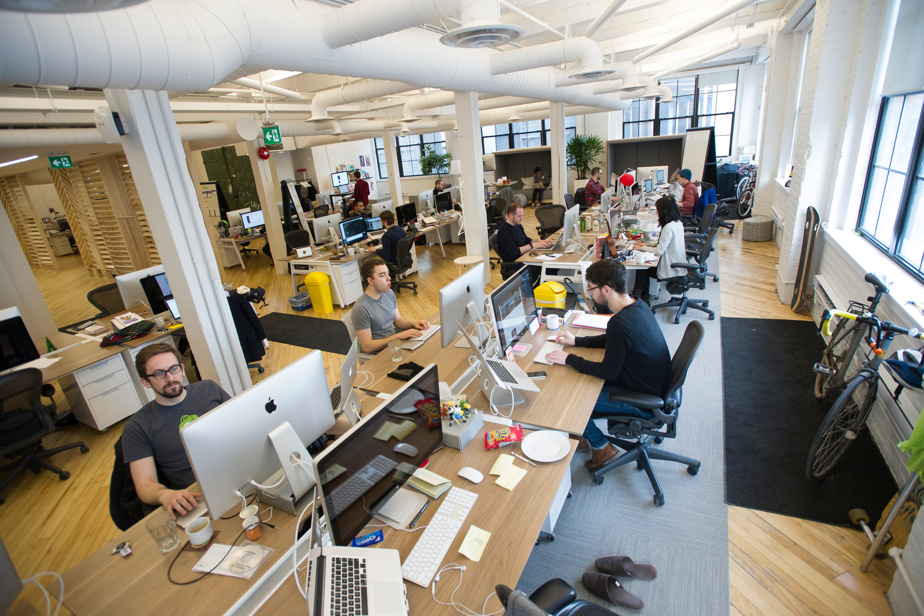 It’s time to take stock of 2022. In the techno world, the least we can say is that it was a year of change. If we are honest, we will even admit that the last 12 months have shaken the columns of the temple built during the previous decade.

Let’s first highlight the striking contrast with 2021, which was the year of all records. In a brief overview of 2021, there were 96 initial public offerings (IPOs) of tech companies in the United States that raised a total of $53.3 billion. The account isn’t perfect because the definition of “tech” isn’t cut with a knife, but let’s move on. Here are two striking statistics about these companies:

The turnaround that caused this quagmire can be summed up as follows: the market no longer considers that growth at all costs justifies such a high valuation for companies that do not generate strong cash flows.

It may seem trivial for a CEGEP student to say that a company that makes profits will be worth more than one that does not, but in our industry, it’s quite a change of regime.

It used to be that the general consensus was that a company operating in a huge market and growing very rapidly would one day reach the tipping point where it could be profitable. If its gross margins remained high enough, the company would become a money-printing machine, and the biggest risk the investor would then run was drowning in a pool of money.

Such sequences of events have occurred for such phenomenal companies as Google (Alphabet) and Facebook (Meta), as well as several others. Surprisingly, very few drownings were recorded.

In fact, the visionary investors who put the first marbles into these ventures could retire to their private islands forever. Their sisters and brothers, jealous of having to be satisfied with modest three-story penthouses in downtown San Francisco, have seen fit to imitate them. A growing number of venture capital funds were therefore chasing a limited number of companies that met these criteria. The competition between them swelled the valuation of the most promising companies, even if several of them had become veritable incinerators of greenbacks.

The best mechanism to get out of this type of investment is often through the listing of the company on the stock market to be able to freely trade the shares.

Several unprofitable companies have plunged in 2020 and 2021, record years for IPOs, but the rapid rise in interest rates in 2022 has changed the rules of the game.

In effect, higher rates reduce the value of future cash flows or, in other words, a dollar promised in a few years is worth less than a dollar generated now. Those now public companies that are projecting aggressive growth until the future tipping point is reached are therefore less attractive than they were before. As a result, the market sent them to the penalty box, resulting in the depressing numbers shared at the start of the column.

Given the poor performance of IPOs, the collective appetite for these investments has evaporated this year. Companies that have tried their luck have not been welcomed with open arms, with a few exceptions. Those who would have had a good chance even prefer to wait for better skies, believing that they will have an easier time selling their salad (or their application) when the market is less nervous.

The impact on the tech industry is enormous since it means that the investment funds that have invested in these companies are losing one of their best means of monetizing their gains. However, if future cash flows are devalued and the most efficient exit is not available, this has an impact on the entire investment chain from the first dollar. Since in the short term we are less likely to sell our shares altogether, everyone sharpens their pencils for previous rounds and company valuations are, for the most part, adjusted accordingly.

It might be a bit counter-intuitive, but there’s great news behind it all.

The swing of the pendulum in the technology sector could well offer superb investment opportunities in the coming years.

It will be much more likely to obtain an interesting return by betting on a company valued at 6 million than when the latter was worth 60 million after 12 months of existence. I wouldn’t even be surprised if 2023 became one of the years that provided the best long-term returns for this type of investment.

Finally, the other good news is that entrepreneurs who exercise discipline are likely to be rewarded by the markets. It’s less sexy than a party at WeWork in 2017, but it’s probably healthier. And there will still be champagne!