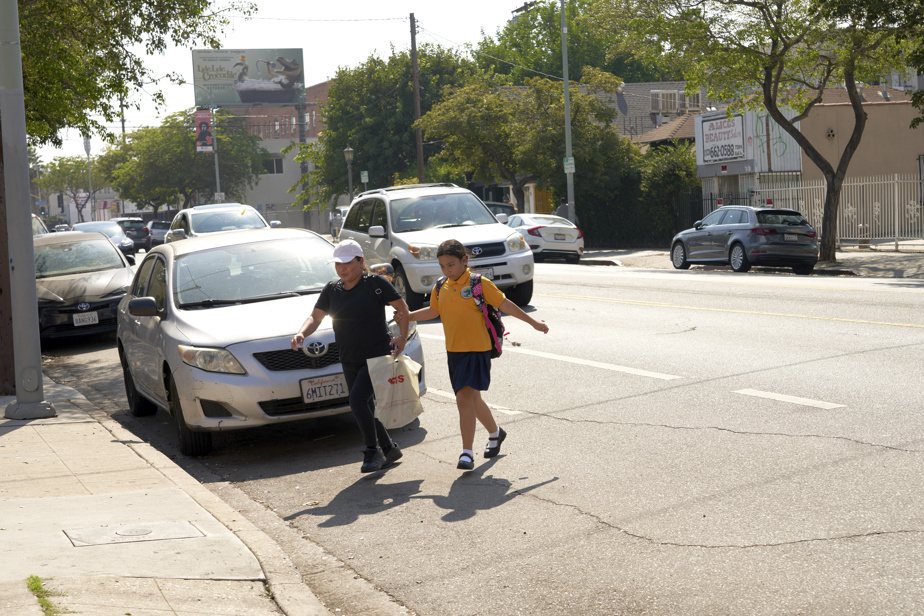 California walkers can cross a free street without fear of receiving a traffic ticket, ending a century of repression that coincided with the commercialization of the automobile

A pedestrian who crosses the street when the way is clear will no longer expose himself to receiving a statement of offense in California. This is stated in a law entitled Freedom to Walk Act, passed by the California State Assembly and signed by Governor Gavin Newsom last October. It comes into force on 1er January 2023. The law says that the police must not give a statement of offense to a pedestrian who crosses the street between two intersections or when the pedestrian light prohibits it, “unless there is an immediate danger of collision with a moving vehicle or other device moving exclusively by human power”, such as a bicycle.

As the law introduces the concept of “imminent danger”, it is still technically illegal to cross the street in certain circumstances. “But we’re asking law enforcement not to give people tickets unless there’s immediate danger,” said Assemblyman Phil Ting, one of the authors of the bill. , to local media outlet LAist in October. Crossing off reserved crossings had become illegal in Los Angeles in the mid-1920s, as car manufacturers pushed for the public road, hitherto shared by all, to be reserved only and adapted according to the needs of new drivers. . Since then, laws against illegal crossing have been taken up in the United States and elsewhere.

The abolition of illegal crossing in California has its origins in the racial disparity of the people who were given tickets. Indeed, in Los Angeles, 32% of people cited by city police for illegal crossing between 2010 and 2020 were black, an ethnic group that nevertheless represents only 9% of the city’s population, according to data from the City of Los Angeles. Activists say police were using pedestrian laws as a pretext to arrest and question citizens based on the color of their skin.

In Montreal, the tickets issued to pedestrians have been down slightly since the start of the pandemic. In its most recent activity report, the SPVM notes that it issued 7,786 statements of offense to pedestrians in 2021, compared to 8,761 the previous year. What proportion of the reports was given to members of a visible minority? Impossible to know. “In response to your request, the ethnic origin of a pedestrian is not information that appears on the statement of offence,” notes the SPVM’s communications and media relations division.

Sandrine Cabana-Degani, director general of Piétons Québec, notes that knowing the ethnic origin of the people cited would be a useful tool to know the state of the situation. “We don’t do that work in Quebec, we don’t collect information on ethnicity when we issue tickets. It’s problematic, because then you can’t know if it’s being used for racial profiling. She notes that, since 2018, it is allowed in Quebec to cross a road axis between two intersections if the way is clear, without fear of receiving a statement of offense. “The Highway Safety Code now allows it,” she says.