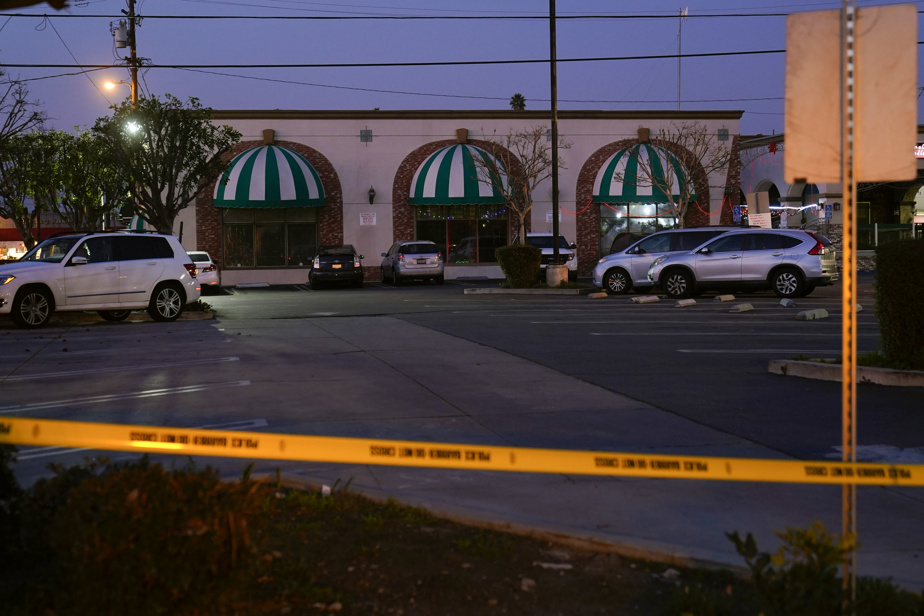 (Monterey Park) The Americans wondered Monday about the motivations which pushed a septuagenarian of Asian origin to kill 10 people in a California dance hall on Saturday evening, before trying to continue his carnage in another dance hall whose customers also celebrated the Chinese New Year.

President Joe Biden has expressed his emotion and ordered the flags to be lowered following this umpteenth killing in a country ravaged by gun violence.

After an extensive manhunt that police say ended in the shooter’s suicide, Los Angeles County investigators were still working to unravel the details behind the Monterey Park massacre. .

In this city of 60,000 inhabitants, many remained incredulous that such an act could have taken place in this predominantly Asian suburb of Los Angeles, renowned for its tranquility and which celebrated the Lunar New Year on Saturday evening.

“All avenues are being considered,” said Sheriff Robert Luna on Sunday. In particular, investigators have not yet determined why the victims, five women and five men in their fifties or sixties, had been targeted.

The suspect, 72, of Asian descent, was identified as Huu Can Tran after his death Sunday in Torrance, about 45 km from Monterey Park. According to media, Mr. Tran was a former regular at the dance halls, where he had even met his ex-wife.

His white van was blocked by armored police vehicles and his body was later found with the traces of a gunshot fired from inside the vehicle. He was the only suspect in the shooting, said Sheriff Luna, who is overseeing the investigation.

After killing 10 people and injuring 10 others in Monterey Park, the shooter had gone to another nearby dance hall, but was unable to cause further casualties after being disarmed by a young man described Monday as a “hero” by the media.

The 26-year-old employee was at the Lai Lai Ballroom & Studio in the city of Alhambra when the shooter entered the establishment frequented mainly by Asian customers and pointed a gun at him.

“My heart stopped, I knew I was going to die,” he told the New York Times“at that moment, it was the survival instinct” that took over.

Brandon Tsay said he lunged at the man and grabbed the barrel of the gun, beginning what he describes as the “fight of his life”.

CCTV footage released by ABC on Monday shows Brandon Tsay wrestling with the beanie-wearing shooter, with the weapon indistinguishable from the melee.

The young employee finally managed to grab it and immediately pointed it at the shooter, shouting “Go away, get the hell out of here,” he told the media. The suspect then fled.

The weapon found was not an assault rifle, the sheriff said, but “a semi-automatic assault pistol […] and which was equipped with a high-capacity magazine”.

Flags at half mast

Joe Biden said praying with his wife for the victims. “We know that many families are in mourning this evening, or praying for their loved one to recover from their injuries,” he reacted in a statement, calling the attack “senseless”.

It is the deadliest shooting in the country since a gunman killed 21 people in May at an elementary school in Uvalde, Texas.

The United States pays a very heavy price for the spread of firearms in its territory and the ease with which Americans have access to them.

Thus, this same Saturday evening in Louisiana, in the south-east of the country, 12 people were wounded by bullets in a nightclub, according to local media.