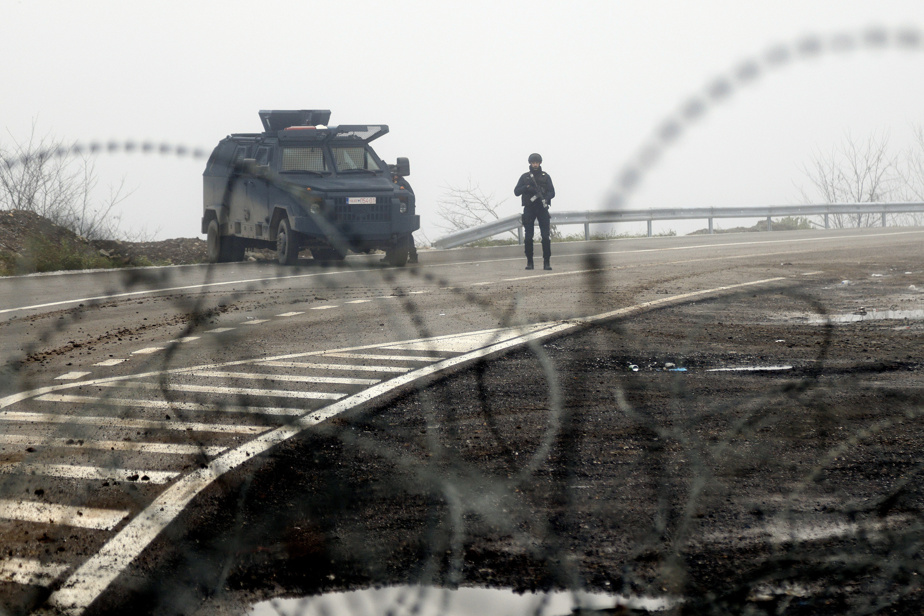 (Mitrovica) Calm reigned Friday in northern Kosovo after the dismantling of roadblocks erected by the Serb minority on the roads leading to the border with Serbia and the reopening of all border crossings, according to the police.

The main roads towards this border were open to traffic after three weeks of demonstrations and tensions, noted AFP journalists.

In northern Kosovo, a single roadblock made up of burnt-out trucks continues to block a road near the town of Mitrovica.

Two secondary border posts “opened to traffic in the afternoon” on Friday, Kosovo police said. The Merdare border post, the main crossing point with Serbia, had already reopened on Thursday.

The drop in tensions follows strong pressure from the United States and the European Union.

During the day, a court in Pristina had previously ordered the release and placement under house arrest of a former Serbian policeman, Dejan Pantic, whose arrest in early December had sparked the anger of the Serbian minority and the establishment of several dams.

Kosovo, a former Serbian province, declared its independence in 2008, a decade after a deadly war between Serbian forces and Albanian rebels. But Serbia does not recognize it.

Belgrade encourages the Serbian minority to refuse all loyalty to Pristina at a time when the Kosovar authorities want to establish their sovereignty over the whole territory.