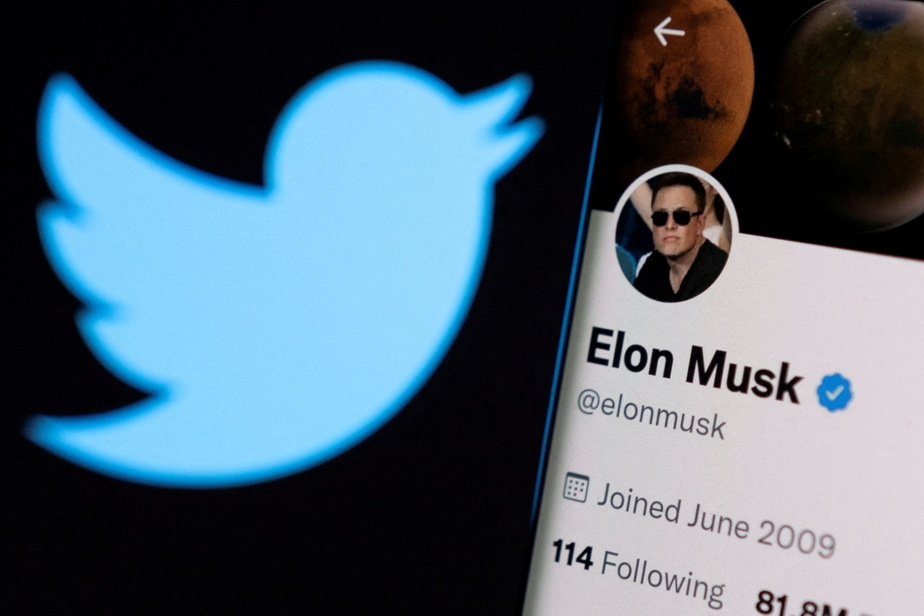 (Paris) Since its IPO in 2013, Twitter has only been profitable sporadically. Does its takeover by Elon Musk offer more encouraging financial prospects for the blue bird social network?

In mid-April, the multi-billionaire said in an interview at the Ted2022 conference that his decision to acquire the company was not based on economic motivations.

“It’s not a way to make money,” assured the whimsical boss of Tesla. “I just have the strong intuition that having a platform that is public and open to as many people as possible is extremely important for the future of our civilization. »

Listed on the New York Stock Exchange for just under 9 years, Twitter has posted a net loss every year except 2018 and 2019, when the group made just over $1 billion in profit.

Bought by Mr. Musk for 44 billion dollars, it looks like a financial dwarf compared to the Facebook juggernaut, whose market valuation is more than 500 billion dollars.

Twitter’s income comes mainly from advertising, but the platform does not attract enough Internet users to generate considerable revenue.

At the end of 2021, it claimed 217 million so-called “monetizable” users, that is to say exposed to advertising on the platform, far from the 1.93 billion Facebook subscribers.

Twitter is due to release its first quarter results on Thursday. Wall Street is forecasting earnings of 3 cents per share and revenue of $1.2 billion.

If profitability does not seem to be Elon Musk’s priority, the richest man in the world will seek at least not to lose money, especially since part of the acquisition could be financed by his funds. clean.

In a document filed with the American stock market policeman last week, the entrepreneur had indeed said that he had secured 46.5 billion dollars, 21 billion coming from his personal fortune and the rest from loans granted by the bank Morgan Stanley and a banking pool which notably includes Société Générale and BNP Paribas.

Mr. Musk has not yet detailed how he intends to increase the turnover of Twitter except for a tweet, where he suggested lowering the price of the paid version of the network, Twitter Blue , (currently billed at $2.99 ​​per month), grant a certified account to paying subscribers, and remove advertising for those customers.

One of the other avenues for the boss of Tesla would be to reduce the workforce of Twitter, which could go hand in hand with his desire to reduce content moderation on the platform.

At the end of 2021, the Californian group had 7,500 employees worldwide. According to a study by the New York University Business School, Twitter employed nearly 1,500 moderators in 2020.

Mr. Musk could also seek to accelerate the growth of the number of users and therefore advertising revenue or to add new paid features to the platform.

“He has his own plan in mind,” said CFRA analyst Angelino Zino. “If he manages to implement a model with subscription offers while keeping the free options, it could work”.

By financing a significant portion of the acquisition with bank loans, Mr. Musk will increase Twitter’s level of debt.

The rating agency S&P, which noted this situation, indicated on Monday that it was considering lowering the social network’s credit rating by several notches, currently at BB+, giving it a negative outlook.

For Angelino Zino, the main question is not so much Twitter’s debt as Mr. Musk’s personal contribution and the form in which it will materialize.

The billionaire could in particular join forces with other investors so as not to commit his fortune alone.

“If he brings other bright minds to his side, he will likely increase his chances of success,” Zino said.