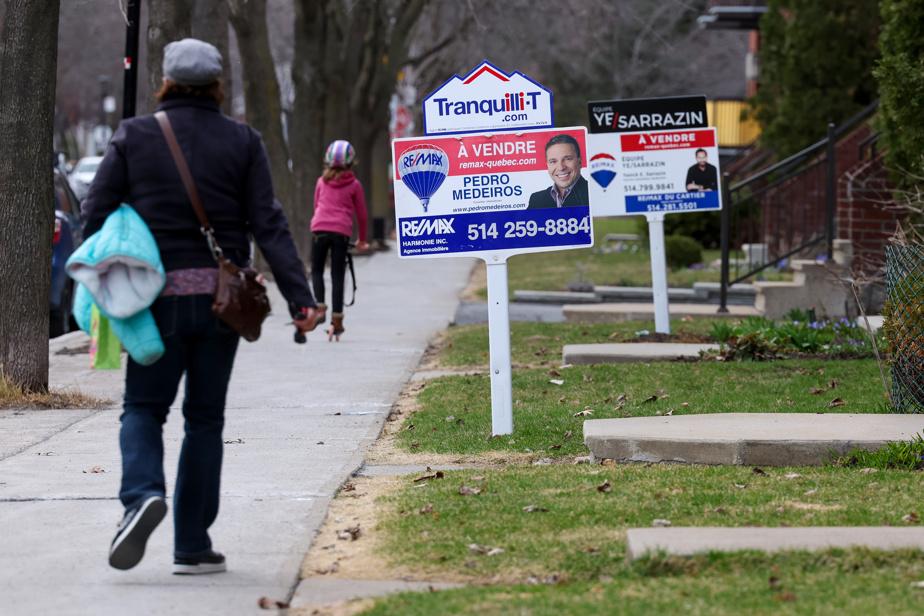 (OTTAWA) October home sales posted their first monthly gain since February, the Canadian Real Estate Association (CREA) said Tuesday, but analysts say they don’t expect the market to pick up. for the moment, since the conditions remain largely less favorable than those which prevailed during the pandemic.

The number of real estate transactions reached 35,380 in October, which represented an increase of 1.3% compared to that of September.

Sales increased month over month in 60% of all local markets. Those in the Greater Vancouver area rose 6.0%, which was partially offset by a 2.4% drop in Montreal.

However, compared to the same month last year, October home sales were down 36% and analysts said this was a sign that the slowdown that materialized earlier this year would continue.

In a note to investors, economist Robert Kavcic of BMO Capital Markets referred to “very depressed activity” in the housing market in October.

He pointed out that last month’s activity remained below the lower limit of pre-pandemic norms and noted that it was the quietest month of October, in terms of transaction volume, since the economy emerged from recession in 2010.

Rishi Sondhi of TD Economics also explained in a note to investors that sales had already fallen more than 40% since February, were at levels where they last stood in 2012, and that they appeared to be failing to reach levels “consistent with certain fundamentals such as income and housing supply”.

MM. Sondhi and Kavcic attributed much of the slowness to interest and mortgage rates, which have been raised in recent months to combat the highest inflation in decades.

This has weighed on consumer purchasing power, a situation which, combined with low levels of new listings on the market, has discouraged many buyers, who prefer to sit on the sidelines waiting for further price cuts.

Meanwhile, some sellers are still delaying listing their property unless they have to move, because they realized prices weren’t as high as they were at the start of the year.

According to CREA, the number of newly listed properties, seasonally adjusted, rose 2.2% month-over-month to 68,605 in October.

“We find ourselves in a unique situation where demand has cracked and buyers cannot qualify, or afford to buy, at prices at the start of the year,” Kavcic said.

“But, outside of certain regions, there aren’t many listings to choose from, and sellers can always say ‘no thanks’ and remove their listings. »

Despite the lack of listings, the real national average home price was $644,643 in October, down 9.9% from the same month last year. On a seasonally adjusted basis, it reached $643,743, down 0.6% from the previous month.

MM. Kavcic and Sondhi agreed that downward pressure on prices will continue into next year as mortgage rates rise above 5.0% and further interest rate hikes may be in the offing.

Mr Sondhi forecast average house prices to retrace about half of the gains made during the pandemic, but warned supply levels were a key risk to TD’s forecast.

“Of homeowners who face the inconvenience of higher monthly payments due to rising interest rates, some may be forced to put their properties up for sale (although so far the level of new offers coming in in the market every month remains subdued),” Sondhi wrote.

“If a large enough number of these owners end up putting their homes up for sale, it could put more downward pressure on prices than expected. »