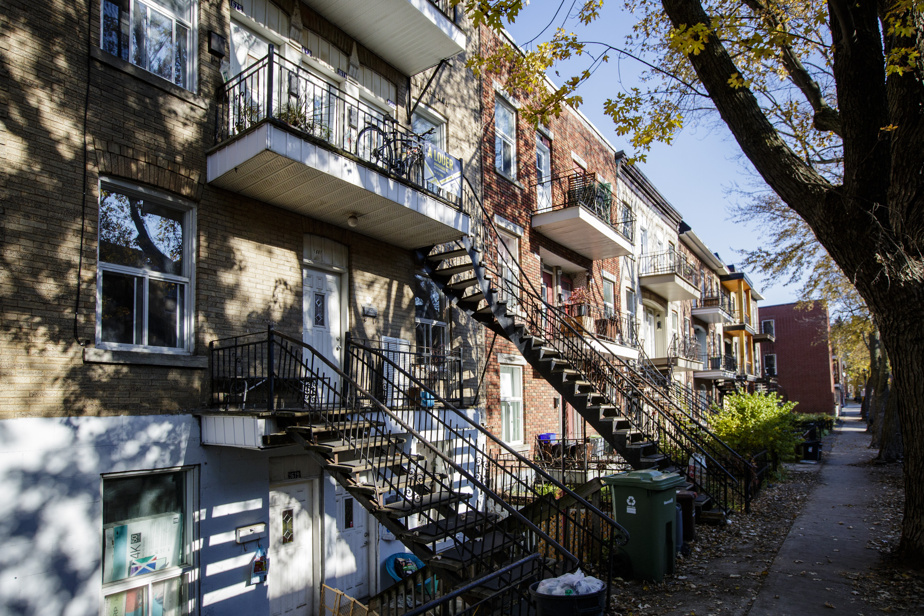 (Calgary) With Canada’s already buoyant rental market set to come under even more pressure in 2023, experts advise tenants to guard against “renoviction” by educating themselves about their rights.

The term “renoviction” is used to describe a situation in which a landlord uses the need for major renovations as the reason for an eviction. While most Canadian jurisdictions have rules in place to protect tenants — such as limiting the types of repairs that justify moving out or specifying how much notice a landlord must give — tenant advocates say the practice is growing. still produced regularly.

For example, a recent report from Ontario’s Advocacy Center for Tenants (ACTO) found that there has been a 294% increase in tenant eviction applications for renovations or conversions to the the province’s rental property since 2015-2016.

Douglas Kwan, director of advocacy and legal services at ACTO, said he is also seeing an increase in evictions for personal use, i.e. a landlord claiming to have to take over a unit so that himself or a member of the family can move there.

Both of these practices, Kwan said, are sometimes used by landlords to get rid of existing tenants so they can rent apartments to new tenants at a much higher price.

“We see all types of situations where landlords are looking to end the rental to take advantage of the market,” Kwan said. These cases are increasing. »

According to a November report from Rentals.ca, average rents in Canada increased by 10.5% in 2022, compared to the pre-pandemic average of November 2019.

In Canada’s most expensive markets, Vancouver and Toronto, rents have risen about 24% in the past 12 months alone, according to the same report. In Ottawa, the increase is 13.7% and in Montreal, 7.6%.

The Canada Mortgage and Housing Corporation warned earlier this fall that it expects increased pressure on rental markets in 2023 as rising interest rates put homeownership out of reach for a more large number of Canadians.

It could mean more people will find themselves in a situation similar to Jonathan Roth, a Vancouver resident who faced an eviction notice in May this year, for his apartment he had been living in since 2017.

“It was difficult,” testified Mr Roth, who reported that the building he lived in had been bought by new owners, who a month later indicated that they wanted everyone to leave. for renovations.

Mr Roth admitted he was lucky as the landlords were each offering six months rent to move out within 30 days. Under British Columbia law, landlords must offer “renovated” tenants one month’s rent.

“I think they just wanted us to go out without headaches,” he said. Just by doing a Google search, it looks like the apartments in this building are now $2700 per month, about $1000 more than I was paying. »

Kayla Andrade, founder of Ontario Landlords Watch — a group that advocates for the interests of small landowners in the province — denies that “renovictions” are happening in large numbers.

However, she believes rent control policies in provinces like Ontario are reducing the overall housing stock and indirectly leading to some evictions.

“Landlords see all their expenses increase and they have no way to raise the rent,” pleaded Mme Andrade.

“Some landlords leave the industry completely and take over the housing. So we are witnessing evictions for personal use. »

In most jurisdictions, landlords must obtain permission from the Landlord and Tenant Board before they can evict tenants for renovations.

However, many tenants may not know this and move out as soon as a landlord asks them to.

“I think a lot of tenants are moving out, because fighting this is too difficult,” said Lesli Boldt, who was evicted in 2018 from the Vancouver apartment she had lived in for more than a decade.

Mme Boldt, who ran for city council in 2022 in part because of that experience, said she was unable to prove what happened in her case was “renoviction,” since her owner had told her that a family member needed the unit.

“What I do know is that I lost my 13-year-old home,” she said. So I would advise people to know what your rights are before you get evicted… Be very clear about the type of rental agreement you sign and document your communications with your landlord. »

Kwan of ACTO said there are things tenants can do to protect themselves, the most important of which is knowing the rules that apply in the city and province where they live.

“If you receive a letter or notice that your landlord intends to evict you, get legal advice,” Kwan recommended.

“Make sure you have the correct information before taking the next step, because sometimes this notice is not in accordance with the law and this landlord may not have the right to evict you. »

Tenants can also work proactively to build a good relationship with their current landlord, Kwan added, by being clean, courteous and paying rent on time.

However, from Kwan’s perspective, ‘renovictions’, evictions for personal use and other similar landlord practices are unlikely to go away until governments do more to address the affordable housing crisis. in Canada.

“There are not enough rental housing offers in Ontario, like everywhere else,” concluded Mr. Kwan. What tenants really need right now is governments committing funds to provide real affordable housing. »