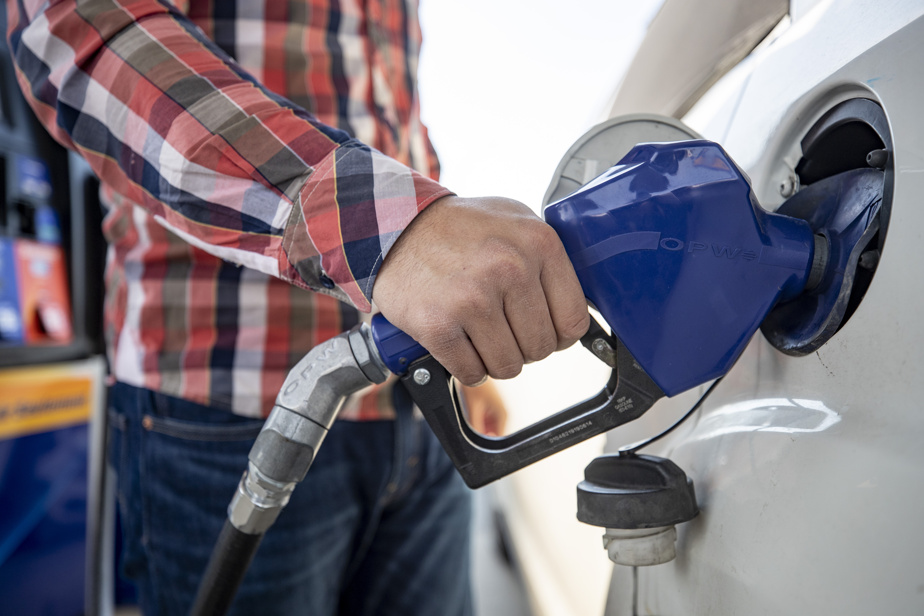 (Montreal) The price of gasoline crossed the $2 per liter mark in British Columbia on Friday, as Canadians continue to see the numbers climb at the pumps this week.

“It was a shock. A lot of things have gone up in price, but that’s a lot,” said Esther Peralta, as she filled up at a gas station in east Vancouver, where the sign advertised a price of $1.999. per litre.

Dan McTeague, president of the group Canadians for Affordable Energy, estimated that the average price of gasoline across the country is expected to rise 26 cents in one week to nearly $1.85 a liter by Sunday. This unprecedented peak comes as many Canadians were preparing to travel for spring break.

“It means that a vacation will be postponed. More importantly, as fuel prices cascade or work their way through the economy, it will likely dramatically increase the price of everything else,” McTeague argued in a telephone interview.

The effect could be felt on economic growth and push inflation even higher, which hit 5.1% in January, its highest level since 1991.

Russia’s invasion of Ukraine has pushed oil prices to levels not seen in eight years. Oil companies are shunning Russian crude, and sanctions on Russia are excluding some Russian banks from a global payment system, severely disrupting its exports.

Russia produces 10% of the world’s oil supply. It is the world’s third largest producer, after the United States and Saudi Arabia.

Patrick de Haan, head of oil analysis for GasBuddy.com, says strong price increases are likely to continue in Canada and the United States.

“In Canada, prices have already reached all-time highs. Much of Canada will continue to see prices rise another 5 to 15 cents per liter over the next one to two weeks. So the shock is spread equally no matter where you are in the United States or Canada,” he told reporters in a televised conference call.

Sanctions against Russia’s banking and shipping industries are “choking” Russian oil exports, which have plummeted, he observed.

Benchmark West Texas Intermediate price ended Friday’s session over US$115 a barrel, a high it hadn’t seen since 2008. The natural resource was on track to post its biggest weekly gain since May 2020, when media reported that the United States was considering banning Russian crude exports.

Werner Antweiler, a professor at the University of British Columbia’s Sauder School of Business, pointed to the ripple effect of soaring gasoline and diesel prices even as the double whammy of the high inflation and rising interest rates.

“It’s getting more and more expensive for trains, planes, boats […] and these costs are passed on to consumers. Foodstuffs that are transported over long distances, all these imported goods tend to be more expensive,” he said in an interview.

In the long term, Mr. Antweiler suggests that Canadian consumers reconsider certain aspects of their lifestyle and the way they spend their money.