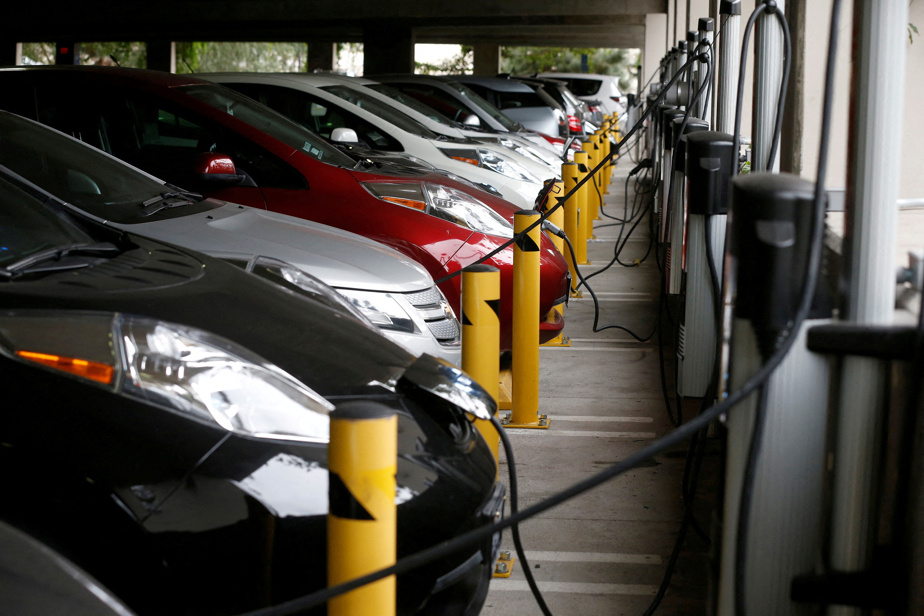 (OTTAWA) When Innovation Minister Francois-Philippe Champagne takes to the microphone to talk about electrifying Canada’s auto industry, he has a favorite phrase to sum up his efforts to attract global investment: “Not everyone in the world wakes up thinking about Canada.” His job, he says, is to change that.

“I never stop,” the 52-year-old former lawyer and business development strategist said in an interview. He says he is “pretty persistent”.

Mr. Champagne is a bundle of energy, which has earned him the affectionate nickname “Franky Bubbles” among some in Ottawa.

Since taking over the Innovation portfolio in January 2021, at least 10 different companies have announced investments totaling $15.7 billion in Canada to make electric vehicles, the batteries that power them or the minerals and materials that go into these batteries.

His perseverance has taken him around the world defending Canada to some of the biggest tech and automotive companies: Volkswagen, Mercedes-Benz, Mitsubishi, Suzuki, Panasonic, Hitachi and Subaru, to name a few. -ones. Some, like Honda and Toyota, already have a production presence in Canada, but most don’t.

Mr. Champagne argued that Canada needs to be more aggressive to believe it can attract new business.

No one on his team remembers the last time Canada had talks with German automakers at the senior management level, he said. He first opened that door with the CEO of Volkswagen Group Canada, which oversees its dealerships.

“Then we had the CEO of the Volkswagen Group, which produces around 30 million cars every day, who spent two days with me, and now we’re texting each other.”

“It’s quite amazing that in a few months we have gone from a relationship that is essentially very limited outside of the dealerships in Canada, to the highest level with the signatures of the German Chancellor, the Prime Minister of Canada, myself and the (President of Volkswagen) Herbert Diess. »

A lot to do to stay competitive

Champagne touted Canada’s electric vehicle industry in Germany in May, Japan in July and Detroit in September. In November, he has dates scheduled in South Korea.

A few weeks ago, he flew to Fremont, California to visit the Tesla factory. Rumors of Tesla expanding into Canada are rife and Mr. Champagne remains cautious, merely saying to stay tuned.

Program Manager at Clean Energy Canada, Evan Pivnick, believes the country has come an incredible journey in building its electric vehicle and battery supply chain over the past year.

“I think where we started the year, we’re so far ahead of what most people in the industry would have predicted we were able to achieve,” he said.

But Mr. Pivnick stressed that there is still a lot to do if Canada is to remain in competition to become a power in the field.

His firm recently released analysis indicating that with announcements made over the past two years, the industry will support between 60,000 and 110,000 direct and indirect jobs and contribute between $12 billion and $19 billion to the national economy. 2030.

This will require a comprehensive battery strategy, which will push Canadian automakers to convert nearly all of their assembly capacity to produce electric cars, add new mines and invest heavily in battery materials, cathode production and recycling.

It takes a rapid expansion of electricity supply to power everything with clean energy, given that one of Canada’s biggest selling points abroad is the abundance of clean energy.

Mr Pivnick said it also requires a workforce transition plan – something the Liberals have been promising for years but have yet to deliver.

All auto plants in Canada are in the midst of some level of retooling for electric vehicles, although none have promised a full conversion. Several new and expanding mining projects are underway or under discussion. At least four battery materials factories are under construction.

Mr. Pivnick estimates that Canada would need at least one more large factory and two or three smaller ones by 2030. He also needs to increase domestic demand for electric vehicles and hopes the United States can do the same. .

Most people think of southern Ontario when they think of the Canadian auto sector, but geographic expansion is underway. Two of the battery materials plants under construction are located in Bécancour, a small town of 12,000 inhabitants halfway between Montreal and Quebec.

Minister Champagne said the electric vehicle supply chain is a “golden opportunity” for Canada and the consequences could be “disastrous” for workers if we don’t seize the opportunity.

“The world has taken note” of the success of the past two years, he says, but he believes the best is yet to come.