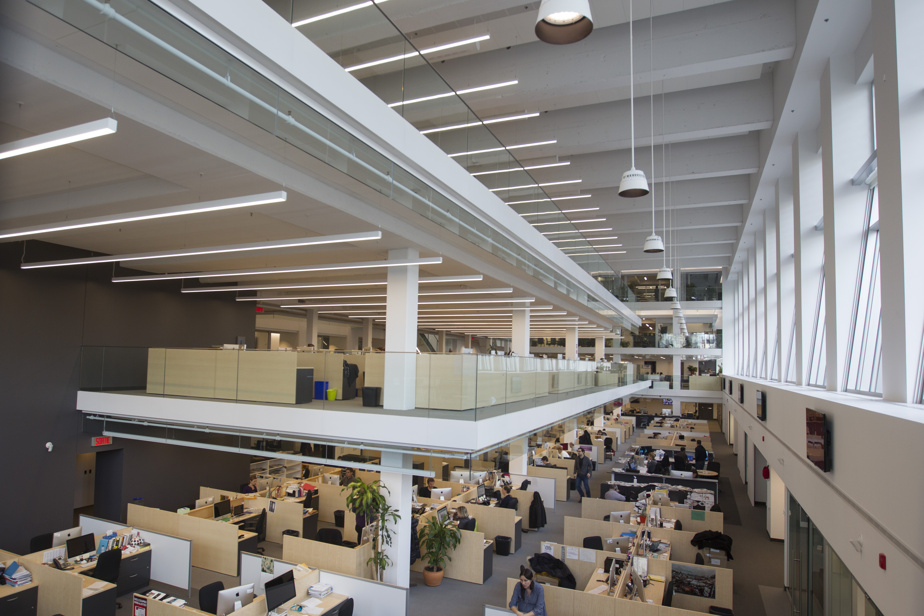 The Press was selected nine times on Friday as part of the prestigious Canadian Journalism Competition, notably in the “Project of the Year” category, for a report on the increase in gun violence in the metropolis. Here are all the nominations.

Journalists Daniel Renaud, Mayssa Ferah, Caroline Touzin, Vincent Larouche, Louis-Samuel Perron, Tristan Péloquin and Philippe Teisceira-Lessard were selected in the “Project of the Year” category for a series of reports led by the team investigation by Katia Gagnon and accompanied by chronicles by Patrick Lagacé. Published last November, the text “Killed “for a yes or for a no”, co-signed by Mayssa Ferah and Daniel Renaud, reports on the murders of adolescents in the metropolis linked to the trivialization of firearms and the rivalries fueled by social networks.

The screenwriter who wrote his own death

In the “Culture” category, Hugo Dumas is a finalist for his reports on François Pagé, author of popular Quebec series. In October 2021, the columnist first published the article entitled “Le Réjean Ducharme de la télé québécoise” about Mr. Pagé. A few days later, Hugo Dumas revealed in the text “The screenwriter who wrote his own death” that the author had faked his death.

A twelfth selection for Isabelle Hachey

The columnist Isabelle Hachey meanwhile obtains her 12and selection among the finalists in the Canadian Newspaper Competition. This year, she is in the running in the “Chronic” category, in particular for her text “The urgency of dying”, about medical assistance in dying for people with neurodegenerative diseases. His column “Entre la furnace et la patinoire”, about residential schools for Aboriginal people, and the one entitled “We didn’t invent anything”, which draws a parallel between the demonstrations against sanitary measures in Montreal in 1885 during the epidemic of smallpox and those during the COVID-19 pandemic, also earned him this selection.

The editorial in the spotlight

Chief editorialist Stéphanie Grammond is in the running for the Claude Ryan prize, which rewards editorials each year. Among the texts selected for his nomination, we find “A passport instead of a yoyo”, pleading for the establishment of a vaccination passport, and “Do (again) your prayer”, about the bridge of the Island -aux-Tourtes closed last May. The editorial entitled “The ghost doctors”, on the care of patients by family doctors, also earned him this selection.

A cartoon report on the deer of Longueuil

Judith Lachapelle is a finalist in the “Presentation/Graphic Design” category for her cartoon “Le cerf qui cache la forêt”. Nearly a year after the city of Longueuil gave up killing deer in Michel-Chartrand Park, the journalist went to the scene last September to see the effects of abandoning the project on biodiversity.

In the crosshairs of spy cameras

In the “Explanatory text” category, Marie-Claude Malbœuf is nominated “for having examined the real and disturbing fact that many people in Quebec are filmed, sometimes naked, without their knowledge”. In May 2021, the journalist published the investigation entitled “The scourge of spy cameras”, revealing that complaints related to voyeurism have been on the rise in Quebec in recent years. We also learned how easily we could get on the internet spy cameras for showers and toilets.

Columnist Alexandre Pratt is in the running for the Bobbie Rosenfeld prize devoted to sport, in particular for his portrait of hockey player Jonathan Drouin “Dans la tête de Jonathan Drouin”, published in January 2021. His report “La plus belle minute de l’ history of canadian soccer”, about the victory of the Canadian women’s soccer team at the Tokyo Olympics, and the one entitled “Quebec’s most beautiful rivalry”, about two high school football teams in Quebec, published last October, also earned him this selection.

Photographer Bernard Brault is nominated in the Sports Photo category for the photo that captured the moment the Canadian women’s soccer team won gold at the Tokyo Olympics last summer.

Martin Tremblay is nominated as a finalist in the “General News Photo” category. The photo, taken in the Sumas Plain last November, “provides insight into the extent of historic flooding in British Columbia.”

The winners of the Canadian Newspaper Contest will be announced on May 6.