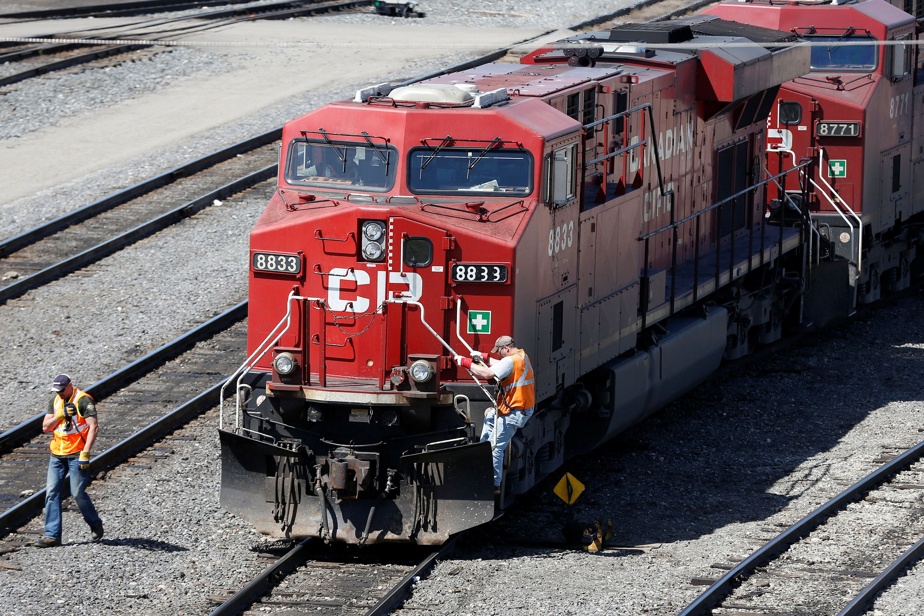 (Montreal) No agreement has been reached between the employer and the union at Canadian Pacific and the employees have been locked out since midnight.

The company announced on Wednesday that it would put its employees on strike (lockout) before its unionized employees carry out their strike threat.

“After a pandemic, the explosion of food and product prices, the war in Ukraine, the rail carrier adds a layer of insecurity among Canadians, particularly those who depend on the rail network,” denounced the union in a statement on Sunday.

The Canadian Pacific Railway and the Teamsters Canada Rail Conference (CFTC) are negotiating the renewal of their collective agreement for some 3,000 employees, who had declared themselves in favor of resorting to a strike as a means of pressure.

Salaries and pension funds are among the main points of contention in the talks, according to a Teamsters statement released overnight from Saturday to Sunday.

The union said it expressed its wish to continue bargaining, but the employer preferred to initiate the lockout, according to the press release.

“We are very disappointed with the turn of events,” said Dave Fulton, CFTC spokesman at the bargaining table. Canadian Pacific management must take full responsibility for the situation. […] In addition, (the employer) then changed the rules of the game at the last minute when it came time to discuss the terms of a final and binding arbitration. »

In arbitration, the parties agree to accept the arbitrator’s decision as final.

Unlike a strike, a lockout is the employer’s refusal to provide work to its employees in response to a labor dispute.