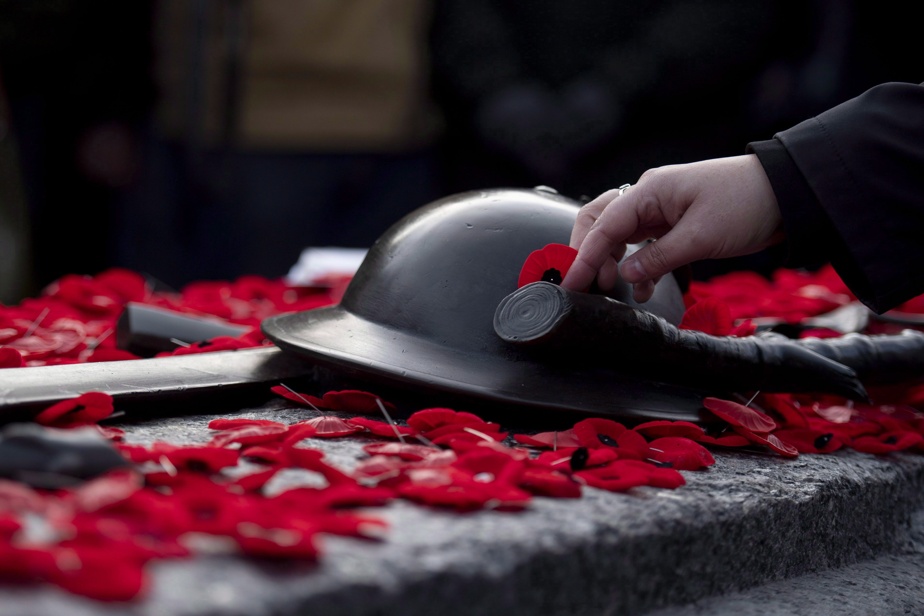 (OTTAWA) Canadians gathered at cenotaphs and memorials across the country on Friday morning to remember and honor those who served in the service.

In abnormally hot weather this year, thousands of people along with dozens of veterans and dignitaries arrived at the National War Memorial in Ottawa, where the national ceremony is being held.

Among them: John Geen, 93, of Belleville, Ont., who is attending his first Remembrance Day ceremony in the nation’s capital. Mr. Geen is a veteran of the Army Reserves and his father had served in the First World War.

Governor General Mary Simon, Commander-in-Chief of Canada, was expected to arrive shortly before the start of the hour-long ceremony. But Prime Minister Justin Trudeau will be absent: he flew Thursday evening for an international summit in Cambodia.

Instead, the federal government will be represented in Ottawa by Veterans Affairs Minister Lawrence MacAulay. The Chief of the Defense Staff, General Wayne Eyre, is also present.

Trudeau briefly greeted a dozen members of the Armed Forces during a refueling stop Friday at the airport in Anchorage, Alaska, on his flight to Cambodia. The Prime Minister shook their hands, addressing each briefly, and posed for a group photo.

In Ottawa, security was visible around the National War Memorial, with snow plows parked at various intersections and a heavy police presence.

This year marks a return to normal ceremonies, including the one held at the National War Memorial in Ottawa, after changes made due to the COVID-19 pandemic.

Wearing a mask and respecting physical distance are no longer compulsory, and the traditional parade of veterans was able to resume its place at the start of the national ceremony.

The Royal Canadian Legion intends to take advantage of the ceremony to mark the death of Queen Elizabeth II as well as the 80e anniversary of the Dieppe raid.

To mark the tragic outcome of this operation carried out in the French port of Dieppe, on August 19, 1942, there will be displayed a flag of the “Red Ensign” which would have been carried by one of the 5000 Canadian soldiers present on the battlefield. The flag was bequeathed to the Royal Canadian Legion.

In Halifax earlier this morning, hundreds of people gathered outside City Hall on a hot, sunny day. Formations of the Canadian Army and Royal Canadian Air Force stood at attention outside the cenotaph as the ceremony began with the mournful sounds of last post.

Quebec Premier François Legault was due to attend the Remembrance Day ceremony in Montreal.