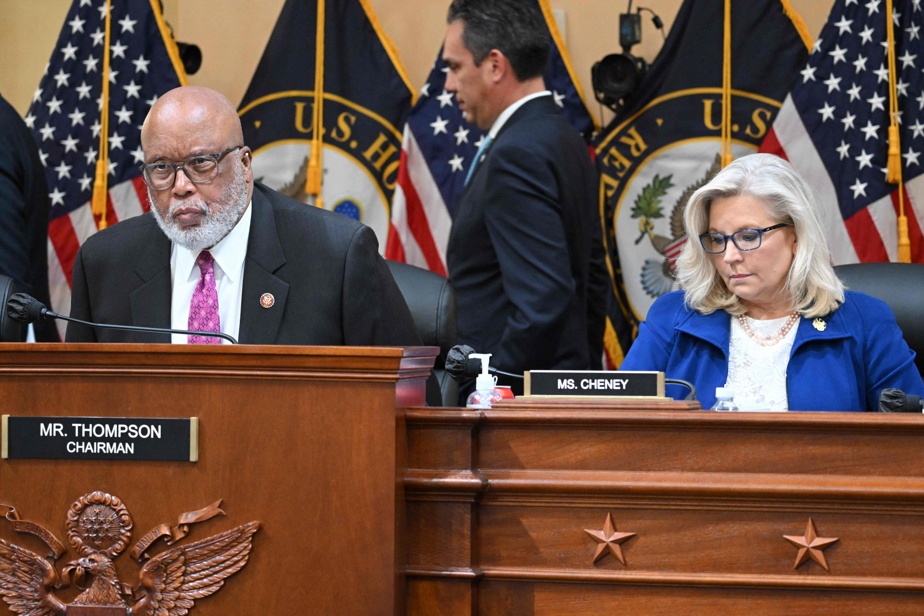 (Washington) It is the culmination of 18 months of investigation and sometimes explosive revelations: the parliamentary inquiry into the assault on the Capitol delivers its conclusions on Monday and must vote to recommend or not criminal proceedings against Donald Trump and some of his relatives.

The elected officials who make it up-seven Democrats and two Republicans-hold a public hearing at 1 p.m. to present the eight chapters of their long investigation into January 6, 2021.

That day, supporters of former President Donald Trump, claiming – falsely – like him that the 2020 presidential election had been “stolen” from him by Joe Biden, violently attacked the headquarters of Congress in Washington, sending a wave of shock beyond the United States and shaking American democracy.

At least five people died in connection with the assault.

Committee members are also set to decide on Monday whether or not to recommend that the Justice Department indict Donald Trump on charges of calling insurrection, obstructing official process (certifying the presidential ballot) and conspiracy. against the American state, according to several media.

Three counts that could result in prison terms and a ban on holding any public office, as the former president announced he was re-entering the race for the White House for 2024.

Other people in the entourage of Donald Trump could be concerned.

“We focus on key players where there is sufficient or abundant evidence that they have committed crimes,” commissioner Jamie Raskin said last week.

The final investigation report will be released on December 21.

The commission’s vote is largely symbolic, as its members cannot indict the ex-real estate magnate themselves. It would be no less historic since it would target a former president.

It will be up to the Justice Department, which has appointed a special prosecutor to independently investigate Donald Trump, to decide whether to prosecute him or not.

“I think the evidence is there that Donald Trump committed criminal offenses in his efforts to overturn the election,” elected Democrat Adam Schiff, a member of the commission, told CNN on Sunday.

“But I can say that I think the president violated several criminal laws. And I think you should be treated like any other American who breaks the law, which is to say you should be prosecuted,” he said.

Ahead of the hearing, Donald Trump has already stormed on his platform, Truth Social, against the possible recommendation of the commission – describing its members in his usual style as “social cases and thugs”.

Mr. Trump notably defended the speech he gave on January 6, 2021 and his other actions that day as being “moderate and full of love”.

At the time, he called on his supporters to “fight like the devil”.

Responsible for shedding light on the acts and gestures of the former president before and during January 6, 2021, the elected officials have gathered for a year and a half a thousand testimonies seeking to show that Donald Trump had tried to keep power then. that he knew he was beaten.

Donald Trump was “at the center” of an “attempted coup” said commission head Bennie Thompson.

In a series of high-profile hearings, the commission said there was no way the Republican wouldn’t know he lost the election to Joe Biden.

His attorney general a series of advisers, and even his own daughter, Ivanka… In testimony to the camera, several members of Donald Trump’s close guard say they did not believe his theories of “electoral fraud”.

To try to invalidate the presidential election, Donald Trump put pressure on his vice-president Mike Pence and on electoral officials, in particular in Georgia and Arizona. The commission revealed the extent of this intimidation, inviting several of them to testify in person.

And according to a former White House aide, Cassidy Hutchinson, the president knew that in the crowd gathered not far from the White House, some demonstrators were armed and potentially dangerous.

According to the explosive testimony of this young woman, the leader nevertheless sought to join the crowd on the way to Congress, even trying to take the wheel of the presidential car from an agent of his protection service.