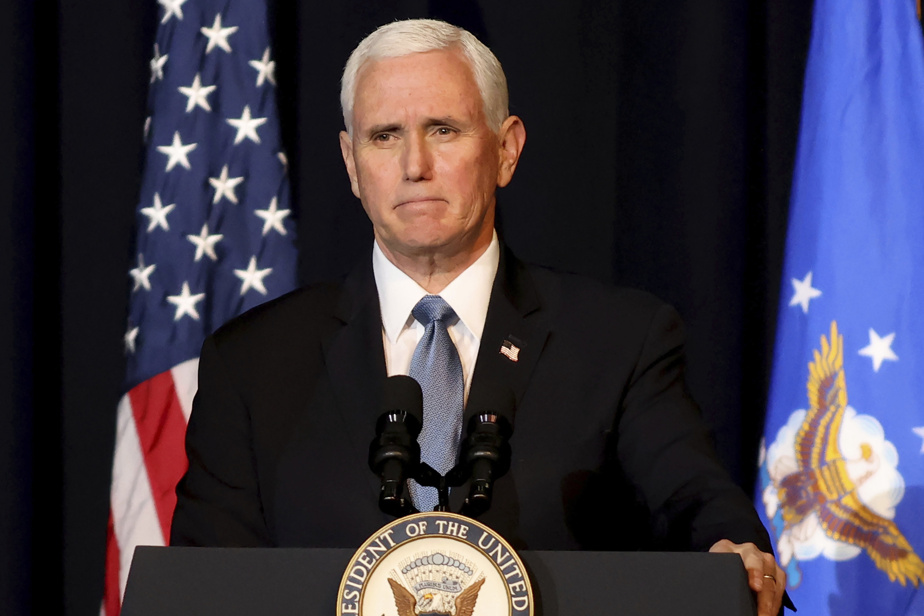 (Washington) Donald Trump’s former vice president, Mike Pence, has accused the Republican billionaire of putting his life and that of his family in danger with his speech on January 6, 2021, the day of the Capitol storming, according to an excerpt from a television interview broadcast on Sunday.

“The president’s words that day at the rally put my life, my family’s life and everyone in the Capitol building at risk,” Pence blasted ABC, referring to the rally. of Donald Trump which preceded the attack on the headquarters of Congress by his supporters.

Mike Pence, who was on Capitol Hill overseeing the certification of the 2020 election results, had to hide from rioters, like many lawmakers on both sides.

Donald Trump had long refused to call on his supporters to leave the building on January 6 and even reproached his vice-president in a tweet for not “having had the courage to do what should have been done”, blocking certification according to him, fueling the grievances of the protesters.

Potential candidate for the next presidential election, Mr. Pence will publish his memoirs on Tuesday, in which he recounts, among other things, the pressures suffered to overturn the results of the presidential election of 2020, the same day that Donald Trump could announce his candidacy for 2024.