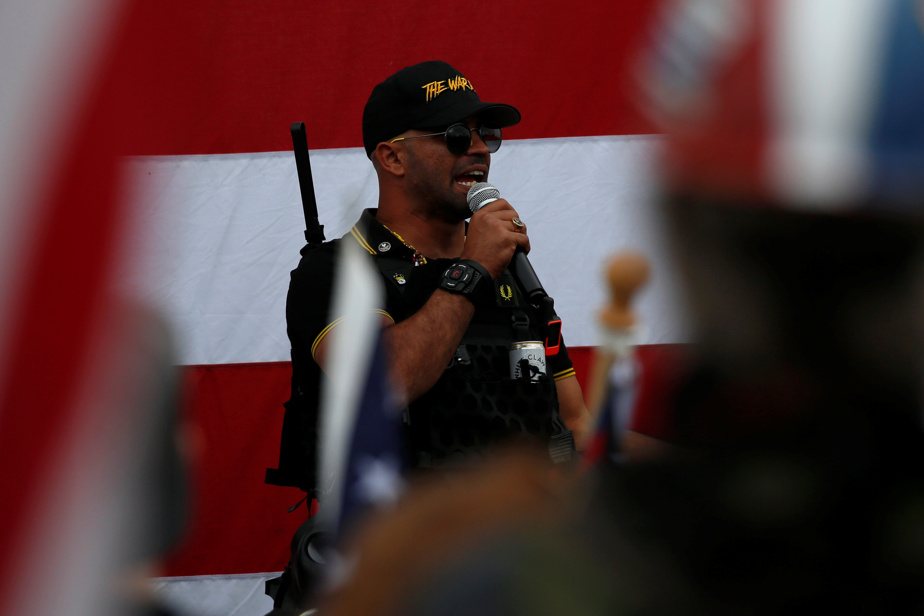 (Washington) Jury selection began Monday in the United States for the trial of five members of the far-right radical group Proud Boys, charged with sedition in connection with the attack on the Capitol in Washington, January 6, 2021.

The leader of the group, Enrique Tarrio, and four other members are accused of having, with a crowd of supporters of Republican President Donald Trump, caused chaos in the headquarters of Congress that day, when elected officials were certifying the election of his Democratic rival Joe Biden to the White House.

Former “national president” of the Proud Boys, Enrique Tarrio was not in Washington on January 6, but is suspected of having led the attack on the temple of American democracy by members of this neo-fascist organization.

Four of his associates are accused of having directly taken part in the assault.

In a video of the event, one of them, Dominic Pezzola, can be seen handling a riot shield – stolen from the police – and breaking a window of the Capitol.

Enrique Tarrio was arrested in Miami in March and also faces charges along with his four co-defendants of obstructing an official process (certifying the presidential ballot), obstructing law enforcement, and destruction of public property.

Nearly 900 people who directly participated in the violence have been prosecuted, and some have already been convicted, but very few have been charged with sedition, a charge for which they face up to 20 years in prison.

The founder of the far-right Oath Keepers militia, Stewart Rhodes, and another member, became the first participants in the Capitol storming to be convicted of “sedition” in late November.

According to Enrique Tarrio’s indictment, he spoke with Stewart Rhodes on Jan. 5 in an underground parking lot in Washington D.C. and remained in contact with members of the Proud Boys who entered the Capitol.

The Proud Boys’ trial is expected to last several weeks, and is being held in the same Washington federal court where the Oath Keepers members were convicted.